Surveying is an important sub-branch of civil engineering which is essential not only for the success of a construction project but also for the project’s initiation with the correct terrain information. Surveying provides the geographical information needed by project managers and engineers to build reliable residential and commercial structures that can remain stable in the respective geographical region. Survey engineers lay the foundation for any construction project by inspecting the area three-dimensionally whether the site is suitable for the proposed project and if the site checks give positive results, securing permissions and grants for the type of construction.

Surveying also assists the preparation of project plans such as structural plans and elevations. Nowadays, surveyors and designers use 3D modelling apps to prepare these plans in a lot less time and with much-improved accuracy. These apps also reduce overall costs while preparing survey plans for the project structure.

Surveying is the foremost step in any construction project that includes analyzing the site terrain and recording every information required for the construction process. The data recorded by surveyors after inspecting the terrain carefully is used to design the project structure. The various relationships established by surveyors between different points or lines on land or in space is accomplished in the surveying process. The distance, angles and gradients between different locations on-site are used by designers to draft suitable structural plans for structures like houses, buildings, pavements, dams, bridge spans and other infrastructure projects.

The measurements taken between different points in space or surface during the surveying process should be as accurate as possible to improve structural stability and durability. Due to this complexity that requires accurate spatial correlations and boundaries of proposed projects, surveying uses numerous concepts from mathematics, geography and law.

With the development of scientific equipment systems and technologies for surveying purposes, the accuracy of measurements is now greatly increased. Optical and electrochemical equipment systems with very high precision are being used to provide dimensional information having better accuracy. The use of GPS has now significantly facilitated surveying in construction projects.

Surveying can be done differently for different projects with different requirements and processes. Some of the steps that are included in surveying processes are:

Surveying can go back to ancient times. Egyptian, Roman, and European civilizations used surveying for a variety of purposes and used intelligent techniques to improve accuracy.

The Egyptians practised surveying to redefine agricultural boundaries using geometric methods after a severe flood from the river Nile. A great example of a geometrically accurate structure, the Great Pyramid of Giza was designed and built using advanced architectural techniques.

The Romans accepted surveying as an established profession and were highly respected in society. The conquered territory was investigated by surveyors using a well-developed measurement system that helped calculate taxes and easily record them.

Meanwhile, the British used surveying techniques to cross the sea and colonize many areas. They have developed intelligent tools such as Gunter chains, Kater's compasses, measuring wheels, and circumferential gates.

Types of Surveying in Civil Engineering

The project area is considered to be a flat or level geometric plane irrespective of the earth’s curvature in plane surveying. The assumption is valid only for areas up to 250 km2. As the area increases by more than 250 km2, the measurements and computations become more and more inaccurate. Plane surveying is mostly used for land surveying and all the calculations are done based on a plane table. This is why it is also called plane table surveying.

Based on the nature of the project, surveying can be classified into five different types:

Topographic surveying involves analyzing the physical features, especially the shape of the respective terrain. Engineers or surveyors evaluate the elevation of different three-dimensional coordinates and draw contour lines. Each contour line connects all the locations having the same elevation. These contour maps and other information related to the terrain can be used to prepare topographical maps that allow designers to draft structural plans as per the terrain conditions. 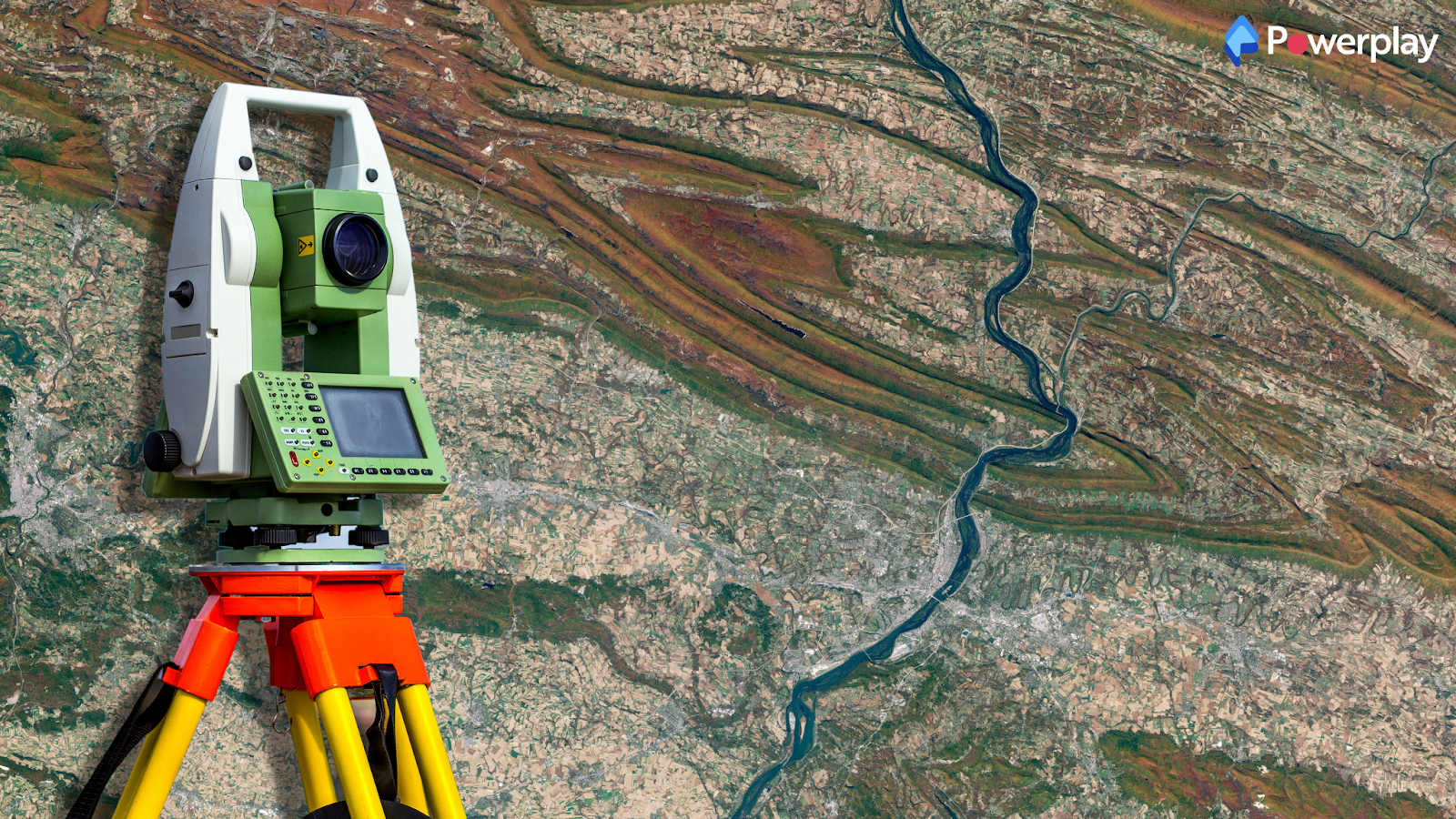 Geological surveying is carried out to mark the physical features of the terrain such as rivers, hills, valleys, plateaus, etc on maps. This type of surveying generally requires satellite feeds that include aerial photographs or satellite data for accurately marking physical features. Hydrographic surveying is somewhat similar to geological surveying the only difference being that it is done specifically for coastlines. This type of surveying must be executed with the highest level of accuracy available to assist coast guards and marine rescue operations. These survey results can also be used for navigational purposes and the conservation of coastlines. Construction surveying is carried out for analyzing and evaluating building arrangements, road layouts, power lines, gas pipes and other important structures built around the proposed site area. This is usually done to plan construction projects and design them as per surrounding structures. As the name implies, deformation surveying is carried out to determine whether a geographical or man-made structure such as river channel, coastline, road or foundation is changing its shape or natural structure. The changes in structure are carefully recorded by using three-dimensional coordinates to improve the specificity of the points. These points are compared with future recorded coordinates to monitor and track if they have changed or not.

Levelling can be described as a process where the difference in elevation between different points is computed with the help of graduated rods. 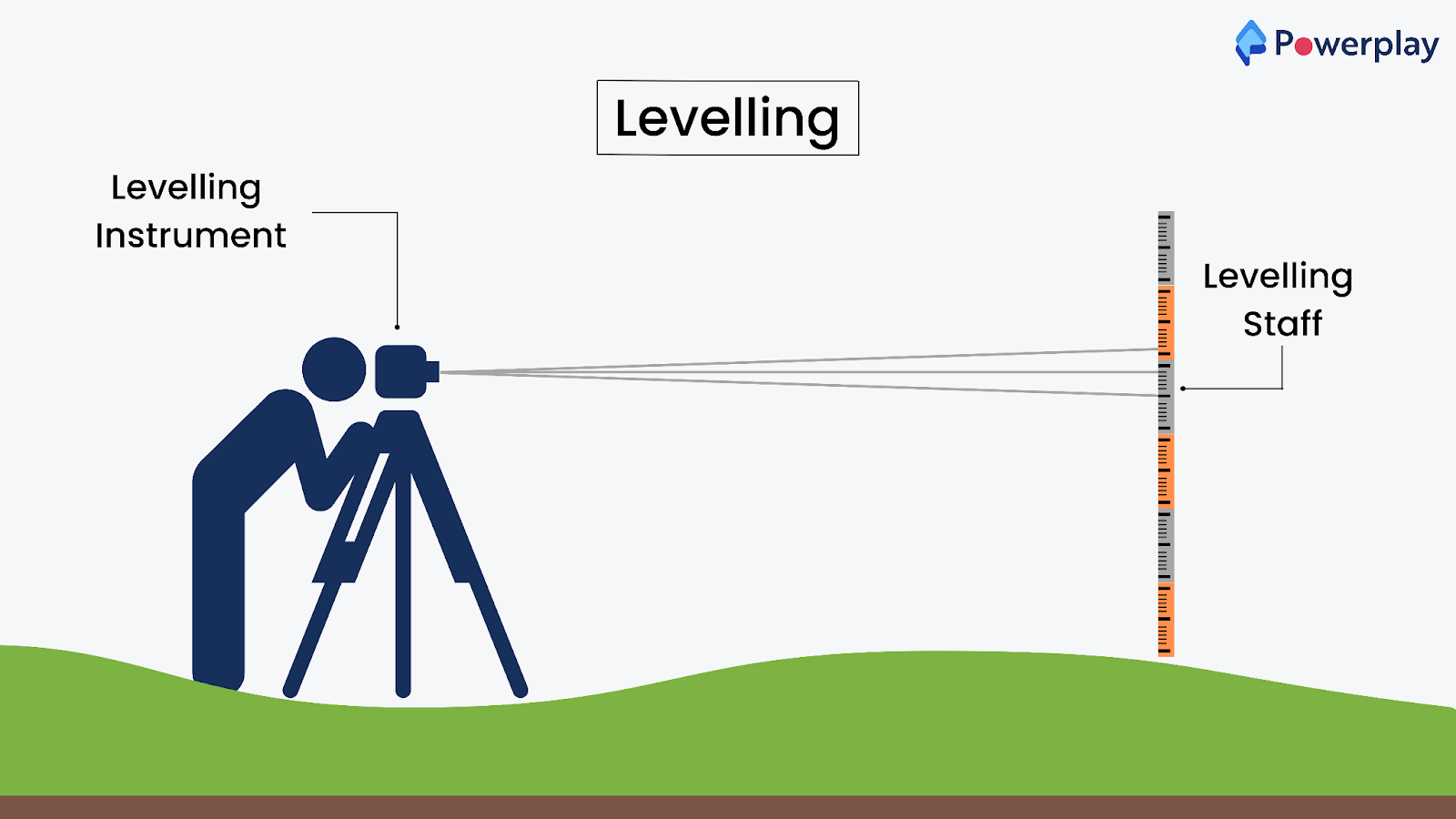 Traversing is the process of measuring angles and distances by interconnecting multiple pre-measured lines having different lengths. 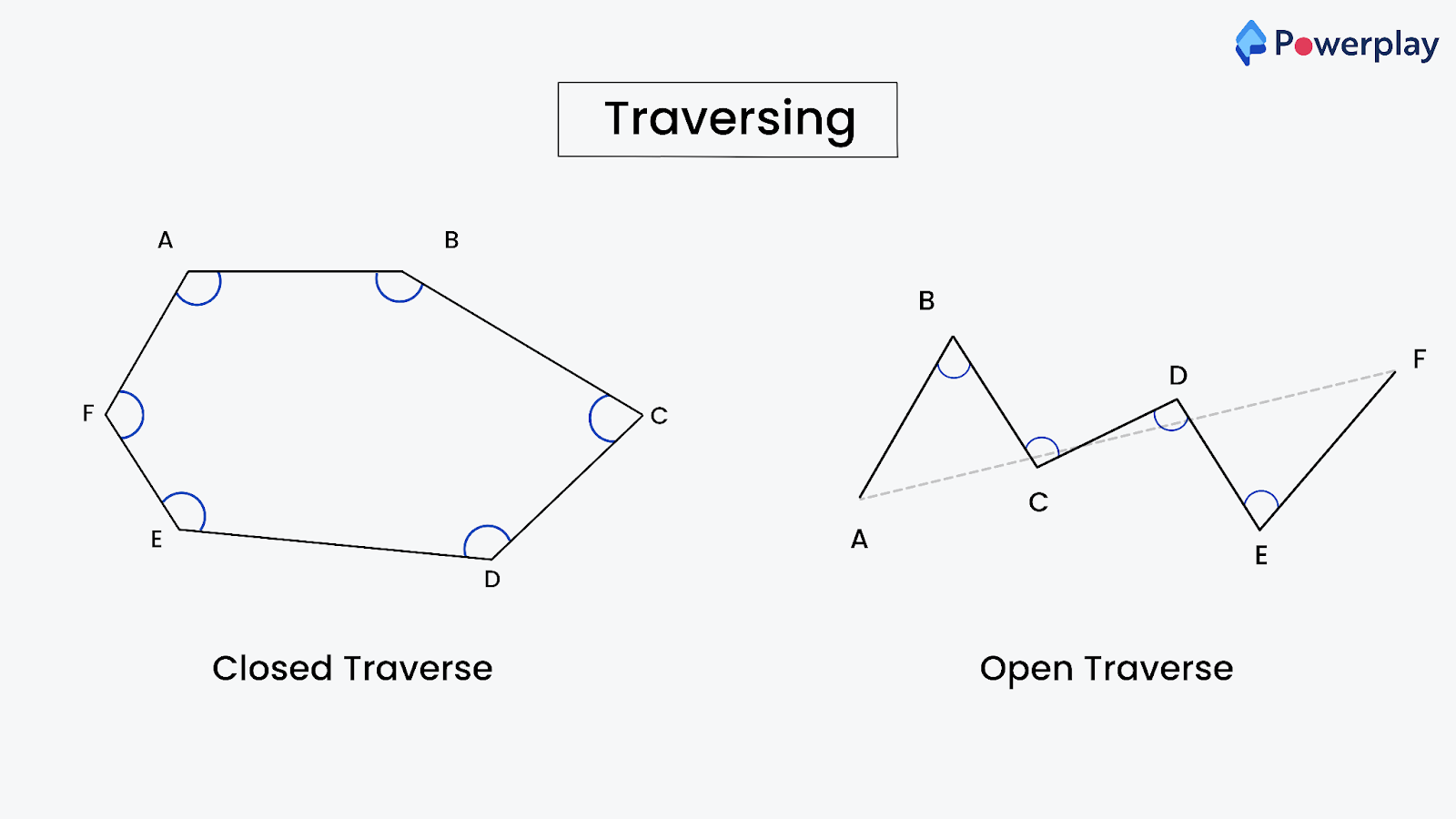 Triangulation is a technique that involves measuring angles from the surveying station directly by overlapping and interconnecting several triangles. 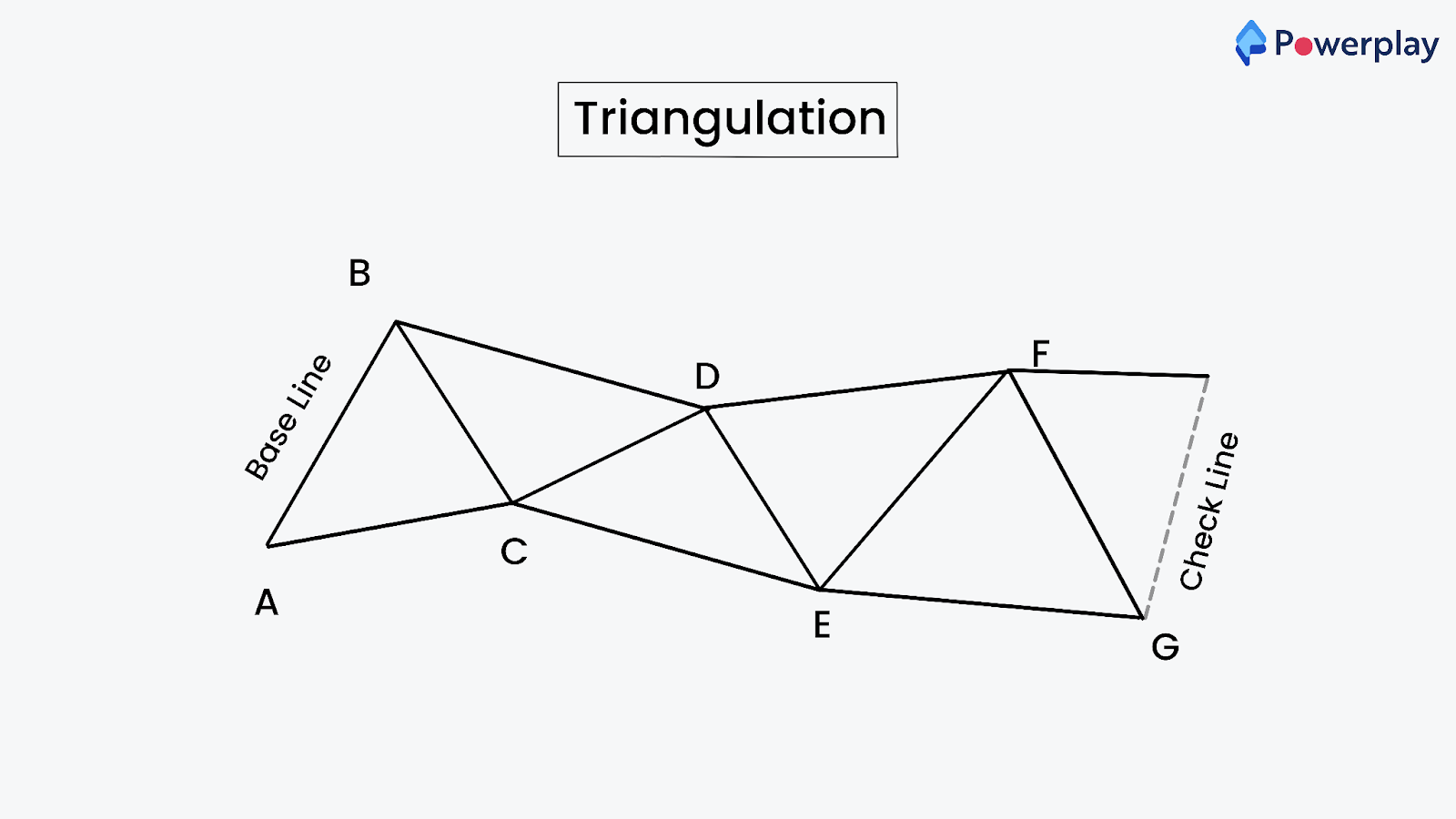 Trilateration is nothing but executing triangulation with help of an Electronic Distance Meter(EDM).

Radiation can be achieved by drawing radiating lines from a focal point up to defined boundaries to create a small scale surveying sheet. 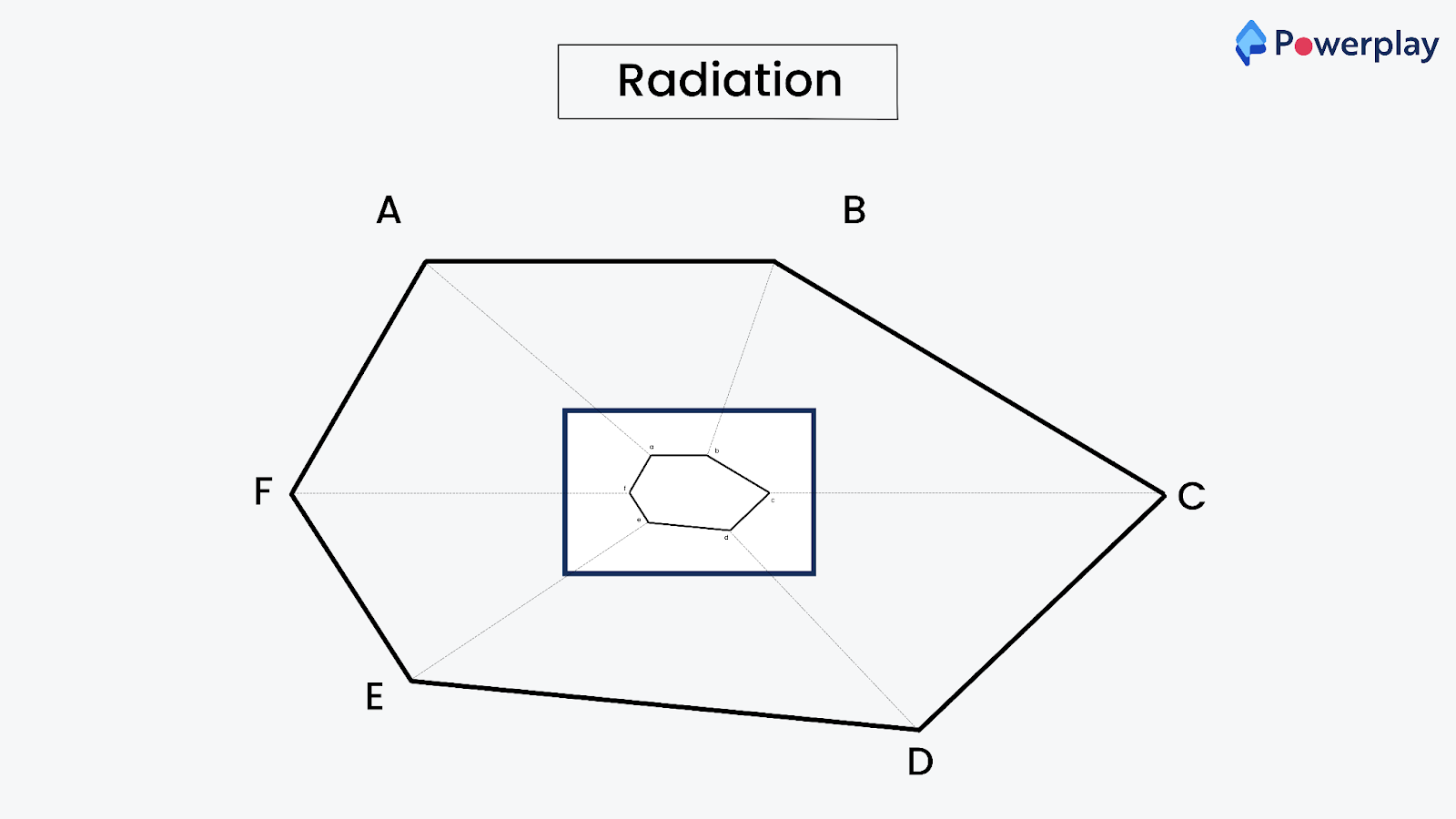 Surveying cannot be done effectively without using certain technologies or tools. With time, more and more technologies have been developed to assist surveying operations and some of the important ones are mentioned below.

Aerial photogrammetry uses drones(previously done from surveying planes) to take aerial photographs essential for civil engineering or construction projects. After having taken a certain number of aerial photographs, they can be merged to obtain the required topographical data. The photographs are usually taken at different angles and elevations to create an accurate 3D model. GPS is one of the most essential techniques used for surveying operations because it is capable of locating precise locations, objects and coordinates quite accurately. Its accuracy is far better than visual techniques in tracking changes in terrain which is why engineers use it necessarily. 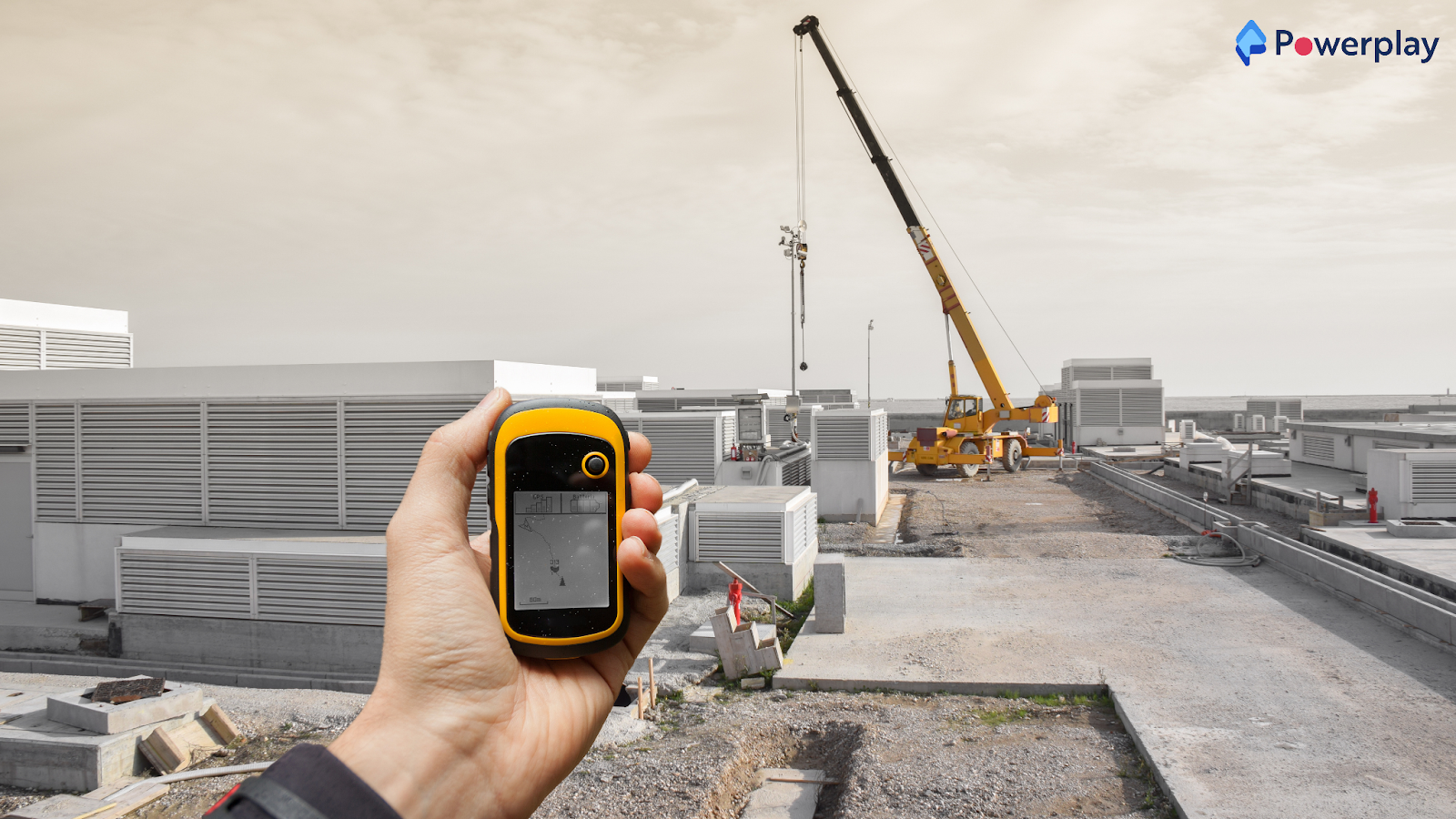 Point cloud modelling involves creating a cloud of points in a three-dimensional space using spatial data points to create accurate 3D survey models. The area whose 3D model needs to be developed is scanned using laser scanning technology to create a data map(cloud). After scanning all areas and creating the respective data maps, all these can be merged using point cloud modelling to create not only accurate but also detailed 3D models.

Computer-assisted drawings can be used by engineers to convert the collected survey data into a proper visual representation map or 3D model. The level of precision and detail offered by CAD can never be achieved using manual drawing methods.