Slabs and their types in Construction

Type of Slabs in Construction

In present times, the use of RCC structures or components is quite popular given the dual utility of tensile and compressive resistance provided by them simultaneously. For almost all building types and other commercial structures, RCC components such as beams, columns and slabs have become a necessity to resist the different types of loads and to provide stability to the structure throughout its service period. Columns and beams are longitudinal RCC components that usually assist in transferring loads along or across their length from slabs. Without the utility that slabs provide, the longitudinal structures can't transfer the load or provide stability to the structure. Slabs are the flat RCC structures that transfer the load acting on its area to the beams and columns. The loading causes the slab to bend either about one or both axes depending on their design of one-way slab or two-way slab.

To understand the function and design of both types of slabs, we will first discuss what a slab is after which we can understand the two types and the differences between them.

What is a Slab in Construction?

Slabs in most building structures are an important part of the load-bearing and load-distribution system that is usually provided in floors and roofs of buildings, bridge decks and other types of flat area structural components. Generally, slabs are flat horizontally oriented surfaces having a design thickness and supported by brick walls or reinforced concrete beams that are monolithically cast with the slab structures and columns.

Slabs are also made of reinforced cement concrete where the top and bottom surfaces are parallel to each other and the depth of the slab is quite less as compared to their horizontal span. They can also be cast as simply supported, continuous or cantilever slabs similar to support structures in beams.

Depending on the design requirements, slabs can be constructed mainly in two ways, a one-way slab supported by two parallel beams and a two-way slab supported by beams on four sides. Other types of slabs also include grid slabs, flat slabs, circular slabs and slabs directly placed on columns.

What is a One-way Slab? 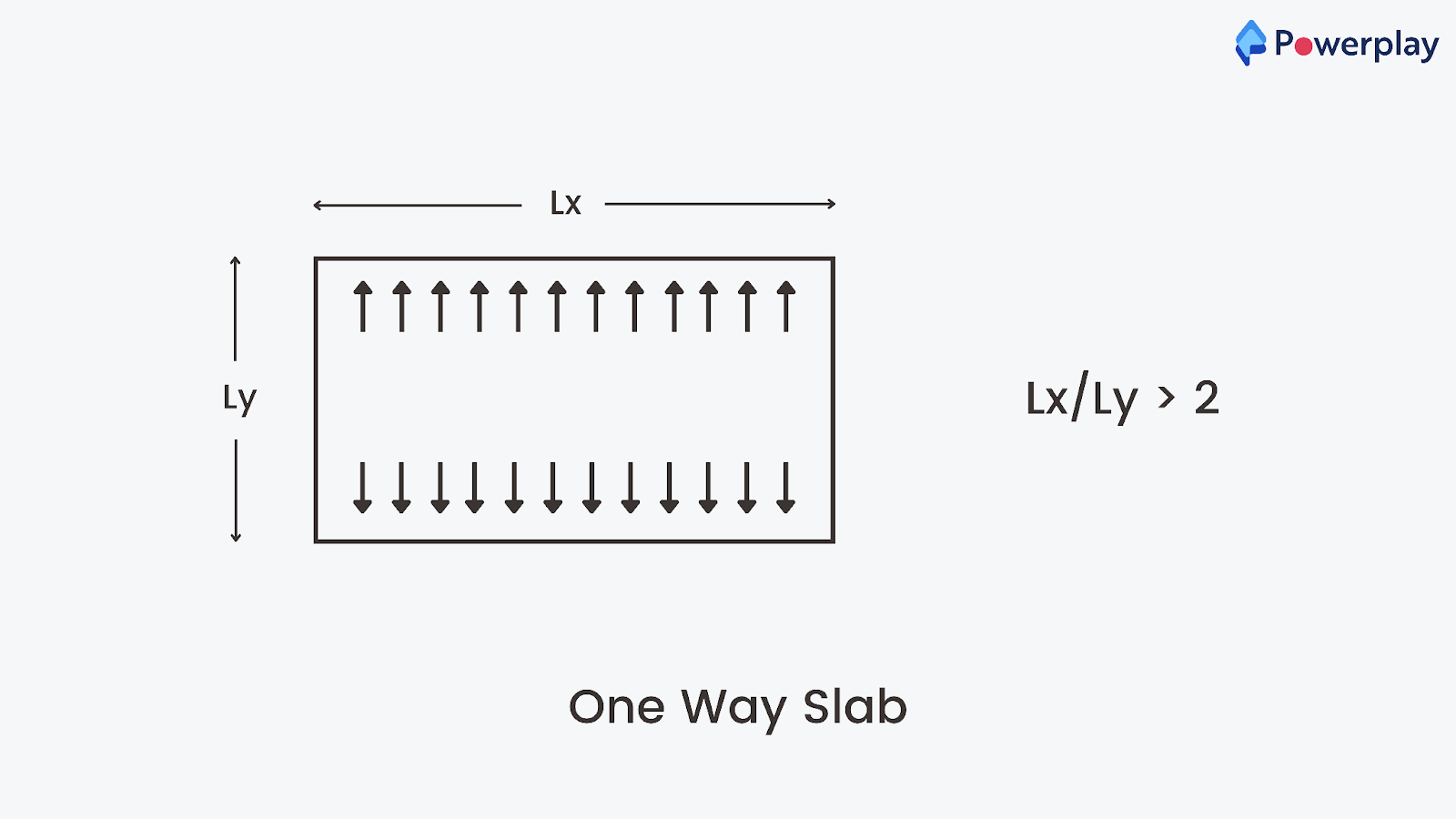 A minimum quantity of reinforcement is provided along the transverse(longer side) direction to resist the effects of temperature and shrinkage along that direction. The reinforcing bars provided in this direction are called distribution bars or secondary reinforcement. This secondary reinforcement assists in spreading the load transversely over a larger breadth and avoiding punching of the slab due to point loads. The load distribution caused by the longitudinal bars prevents local effects of load such as plastic shrinkage cracks due to temperature and shrinkage.

A one-way slab can also be considered as a shallow beam with a large width. Also, two-way slabs can be called one-way slabs when the ratio of the longer span to the shorter span is greater than two.

What is a Two-way Slab?

Two-way slabs are supported by beams or walls on all four sides and the load is carried by the supports and transferred in both directions. The ratio of the longer span to the shorter span for a two-way slab is less than 2. The slab bears the load by bending in two directions and thus the reinforcing bars are provided as the main reinforcement in both directions. 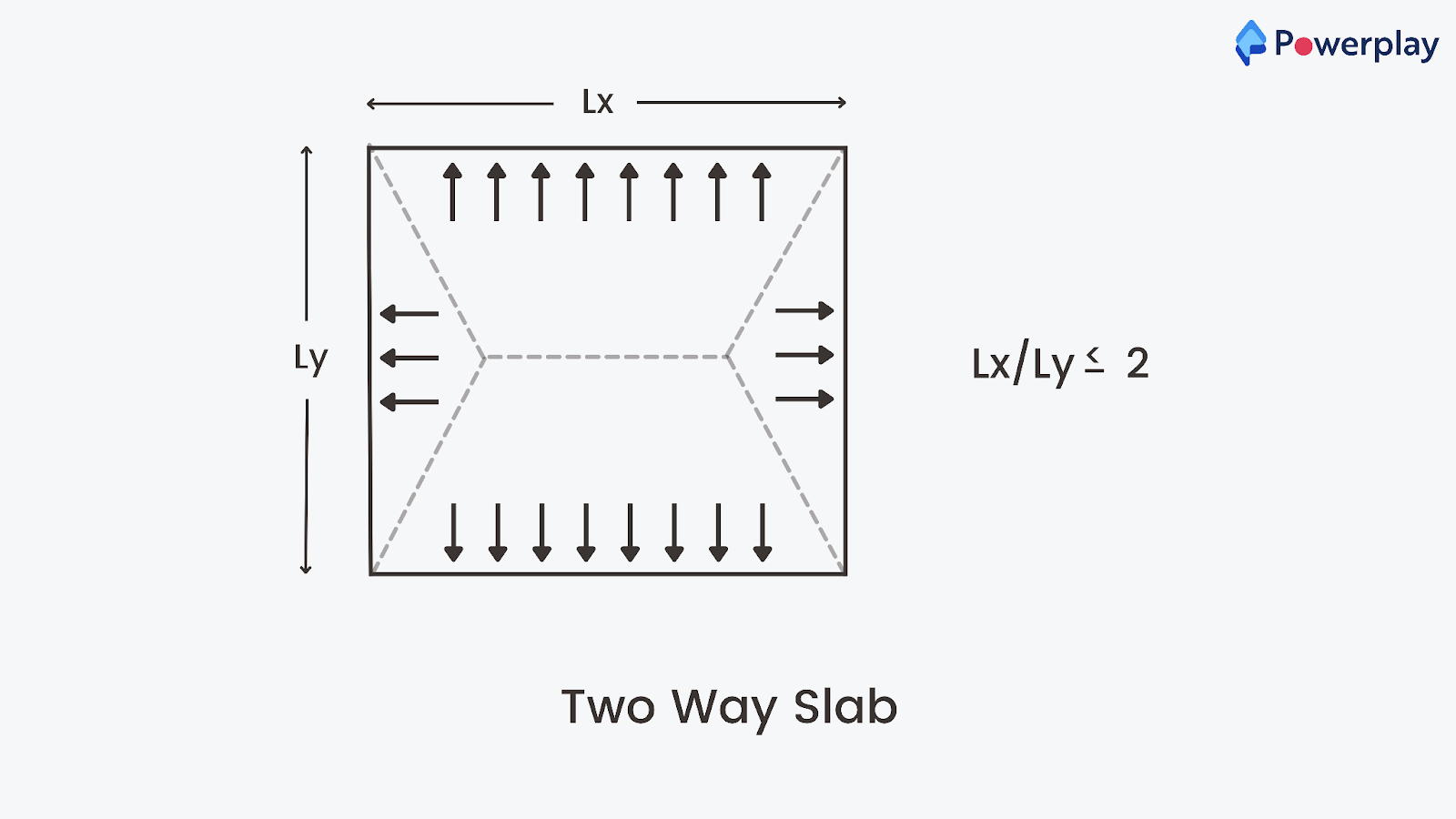 The load carried by both sides are equal and thus need equal reinforcement in both directions but additional reinforcements may be required at the corners in some two-way slabs. The thickness of the slab usually depends on the control criteria for deflection and the reinforcements are designed and provided in the two perpendicular directions in such a way that the maximum bending moments in each direction at the critical points can be resisted by the bars.

Also, the thickness of the slab should be adequate to resist shear even if two-way slabs subjected to uniformly distributed loads are not prone to shear failure. The additional reinforcements provided at the corners of some two-way slabs is because shear forces and large moments can be initiated in that region. So, the slabs may have to be made slightly thicker at the corners where the columns are connected to prevent the portion from cracking.

What are Grid Slabs and Flat Slabs?

Grid slabs can be defined as those slabs that are supported by beams with columns only provided at the periphery of a room or hall. This is because for large spaced rooms such as marriage halls, public places and auditoriums, large column-free space is required. 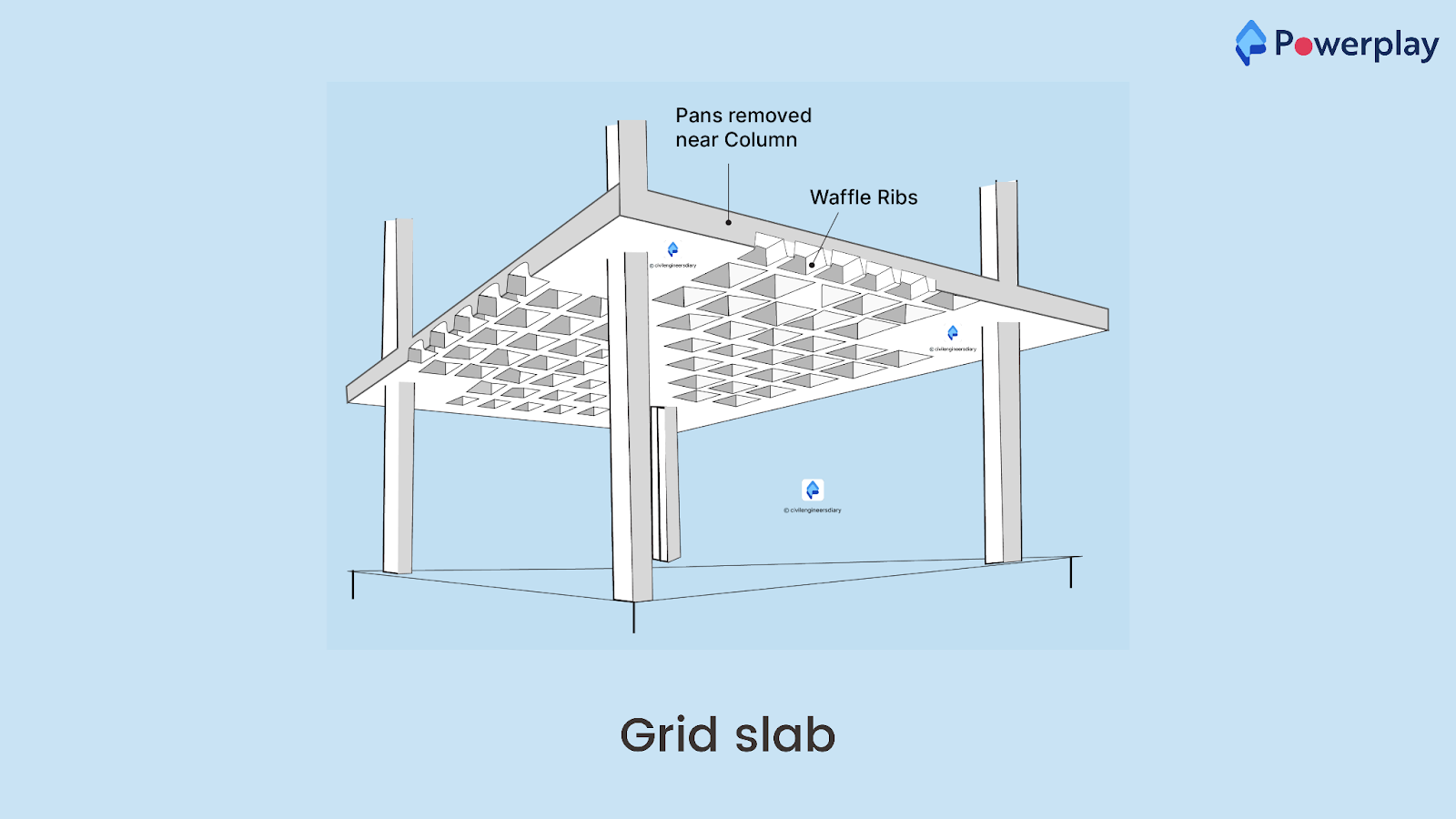 Flat slabs are placed directly on columns without any beams in between them. These slabs are provided to free more space for the floor height and also allow more light to be able to come inside without any obstruction from beams. 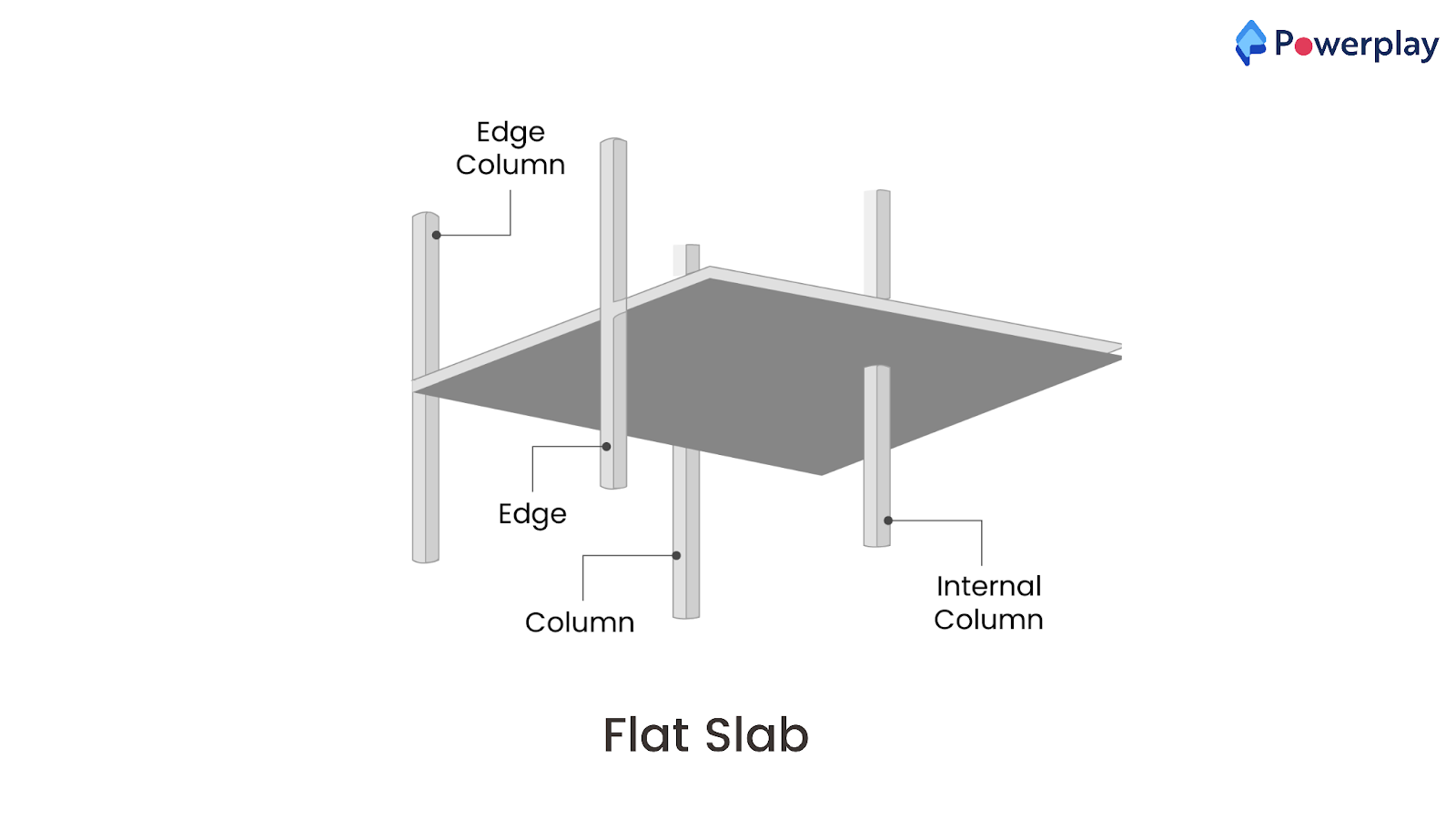