What is a Retaining Wall? 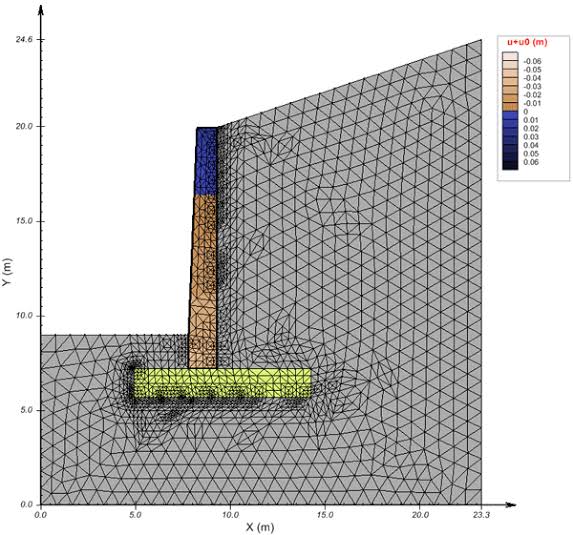 The retaining wall ideas must also include provisions for runoffs in dire situations such as water levels rising to an unsustainable level. Retaining walls are multifaceted tools used by civil engineers which can assist in construction works on or along slopes and on project sites where the space is limited in the surrounding area. After the inception of a retaining wall idea, the wall is designed and constructed to resist the lateral pressure of soil or water caused by the change in the ground level that exceeds the angle of repose of the soil. Retaining walls are built from a variety of materials, designed to keep the soil on its slope, which would not hold to the sloping surface naturally. They are also used to confine soils between two different levels in areas having unsuitable terrains or in areas where the landscapes need to be configured severely or engineered for specific purposes such as hillside farming, construction of an overpass, etc.

Retaining walls are vertical or almost vertical structures that are designed to retain material on one side, averting collapsing, slipping or erosion of the retained material. These walls provide support and stability to the respective terrain against collapsing in a natural manner when the angle of repose of the soil is exceeded. 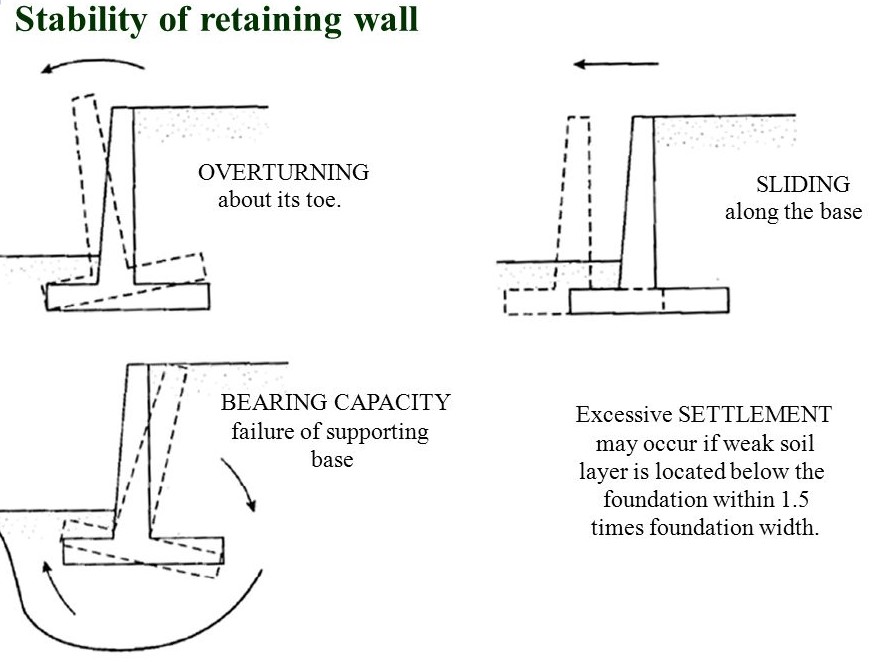 The main kinds of failure occurring in a retaining wall are:

There are several types of retaining walls or earth retaining structures that can be further categorized into subtypes. The categorization with explanation has been given below: 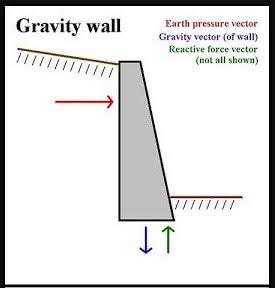 a. Crib retaining walls- It is one of the oldest developed gravity wall systems that comprises a series of stacked, hollow individual retaining wall blocks or members made from timber or pre-cast concrete. These hollow members or blocks are interlocked to form crib retaining walls and filled with crushed stone or other coarse granular material to provide free drainage. Thus crib wall systems can be used to improve aesthetics by building complex curvatures and planting vines in them. They can be used for moderate heights of 4- 6 meters. 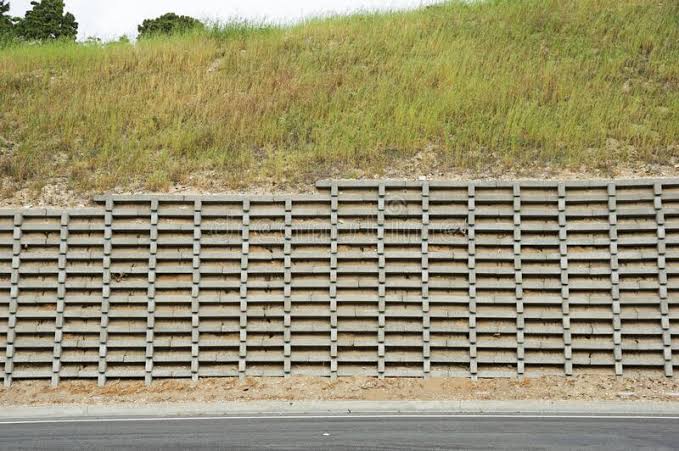 b. Gabion Retaining walls- These walls are made with cages filled with quarry run or river run stones, as per availability near the site. These wired cages filled with trap-rocks or native stones are tied and stacked on top of one another to construct the wall. These walls formed from stacked cages are quite durable and flexible. They are built to retain soils up to heights of 3- 4 meters. The main purpose of selecting this type of retaining wall is to allow huge amounts of water to pass through it in situations such as hydraulic structures in river training works, road protection, and land reclamation. Therefore it is important to use a filter fabric along with the gabion to keep the adjacent soil from flowing into or through the cages along with the water. It is thus not necessary to provide deep foundations for gabion walls which behave as perforated barriers which subsequently prevents the building up of hydrostatic pressure that may cause failure. 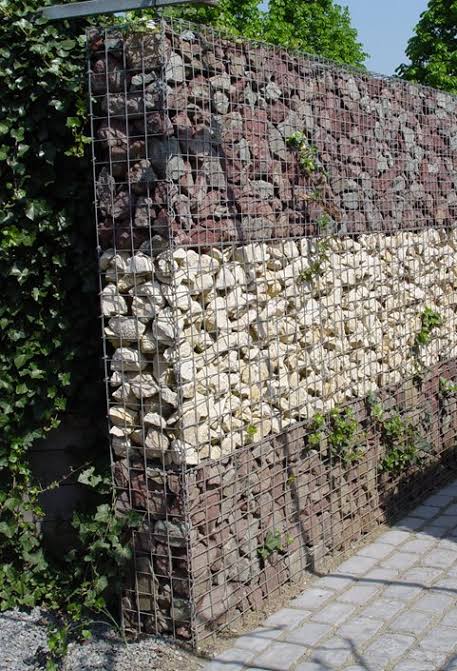 The surrounding aesthetics can also be improved by vegetating around the gabions. These types of retaining walls are considered to be permanent because they blend with the environment when vegetation grows in stone fills due to the settling of silt.

a. Concrete Cantilever retaining wall- As the name suggests this type of retaining wall comprises a stem wall that is connected to the heel and toe slab and the joint is fixed that acts as a cantilever in the shape of an “L” or “T”. A cantilevered wall must be properly engineered so that it can perform its function of holding back a significant amount of soil from 4-7 meters. The foundation of a cantilever retaining wall is also loaded by the back-fill which along with the surcharge also provides lateral stability and helps to stabilize the retaining wall against sliding and overturning. The back of the wall is also sloped on the heel side to counter the lateral pressure which increases with depth. The reinforcement is provided on the tension side that is vertically behind the steam and horizontally below the heel and the toe slab. They are the most commonly used retaining walls and are much lighter than gravity walls, therefore need lighter foundations. 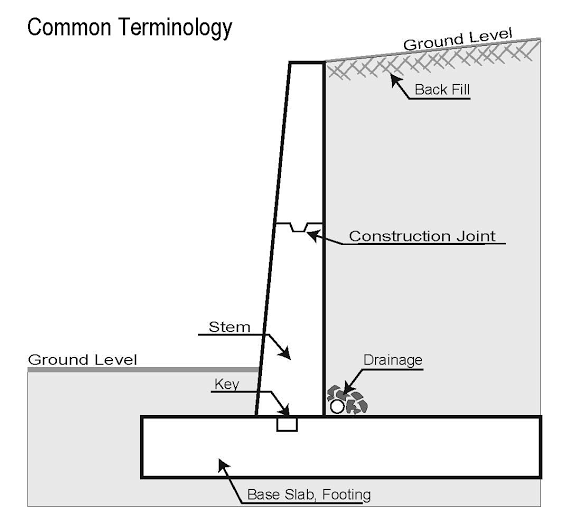 b. Counter-fort or Buttressed retaining walls-These are similar to cantilever walls which have been braced with counter forts monolithic with the back of the wall and base slab. Counterforts are triangular beams of variable depth and uniform width installed at regular spacings along the length of the wall. These counter forts act as stiffeners to provide tension and join the wall slab with the base to reduce bending and shearing stresses. These counter forts are spaced from each other at distances equal to or marginally greater than half of the height of these forts. In certain situations when these triangular beams have to be placed on the front side of the retaining wall instead of on the backfill side as per requirement, it is known as buttressed wall and the beams are called buttresses which are subjected to compression due to lateral earth pressure of the backfill and upward soil pressure on the toe slab. Counter forts or Buttressed walls are used for wall heights more than 8-12 meters. 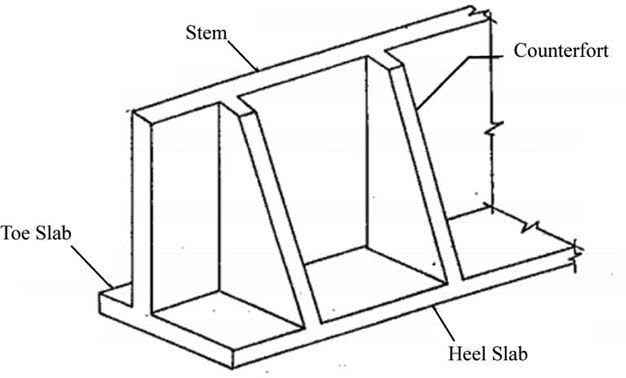 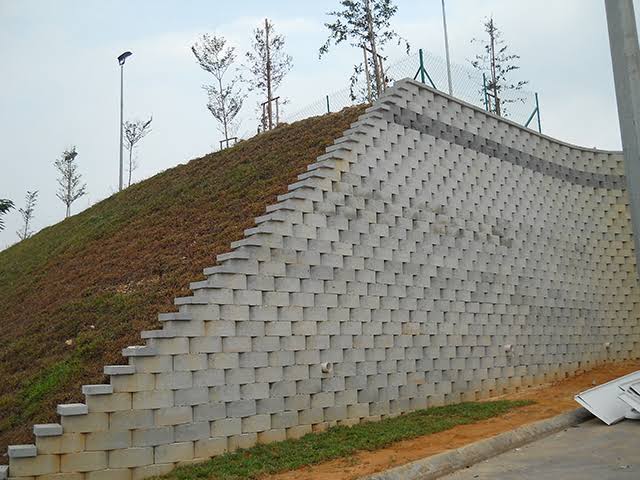 d. Soil Nailing- Construction of soil nailed walls involves reinforcing the excavated soil as the work progresses with bars known as Passive Bars that provide tension to the soil walls. 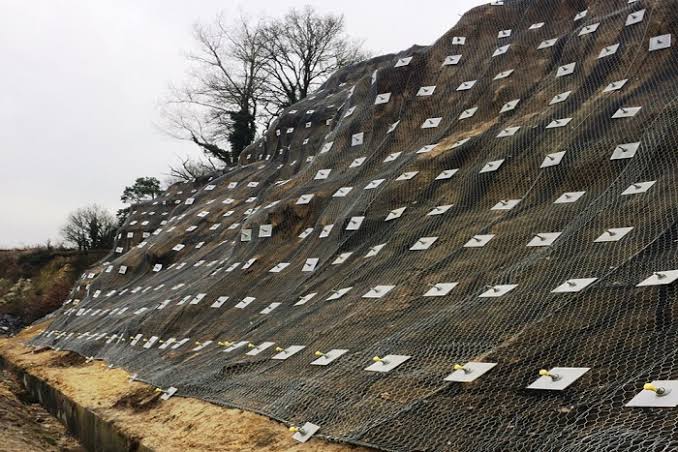 These bars are placed parallel to each other and slightly inclined downwards, which also provide support in bending and shear. The tension is accused due to the skin friction between the soil and the nails. 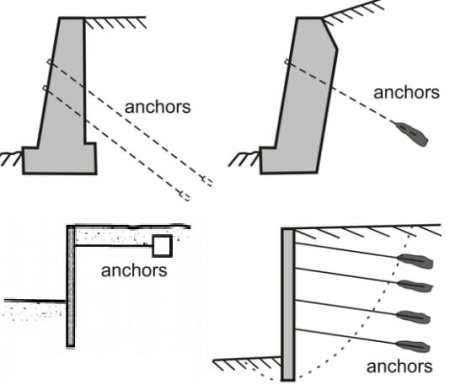 These anchors are driven into the wall material and expanded at the end of the cable, either mechanically or injection of pressurized concrete that ultimately forms a bulb in the soil. This method seems and actually is intricate and is very useful where the loads are expected to be very high or the wall has to be slender which would otherwise be weak. 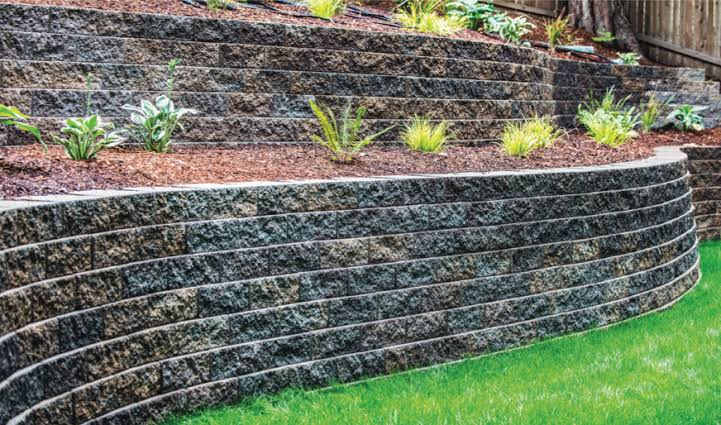 They provide both aesthetic value and structural integrity to the landscaping works. Some of the most commonly used retaining block materials other than concrete blocks are stone veneer, poured concrete, bricks, wood, boulders, gabions, timber, natural stones, limestones, etc.

Managing Construction Site Waste can be an uphill task for any project manager or contractor. So to streamline and make the construction waste management process more efficient on a construction site several project management tools, specially designed for handling this kind of complicated management process can be used. Powerplay application is quite efficient in managing the distinct processes on a construction site during and after the completion of a project. It is the first of its kind in the country that can manage all construction processes involved in all construction sites. It is very easy to record, update and analyze the construction site information regularly for anybody on-site through this application. Proper updates from the workers on site about these waste disposal issues and, reuse and recycling methods can be used to notify the respective authority automatically. All work that is in process and that which has been accomplished can be seen on a simplified feedback screen. In short, Powerplay can be considered to be an allrounder in managing a construction project right from its initiation to its completion.