Everyone’s Guide to Placing of Concrete in any Weather

The issues related to the placing of concrete in different situations pertaining to weather are real and need to be tackled to prevent loss in the strength of the hardened concrete or to prevent any inaccuracies in the function of concrete. 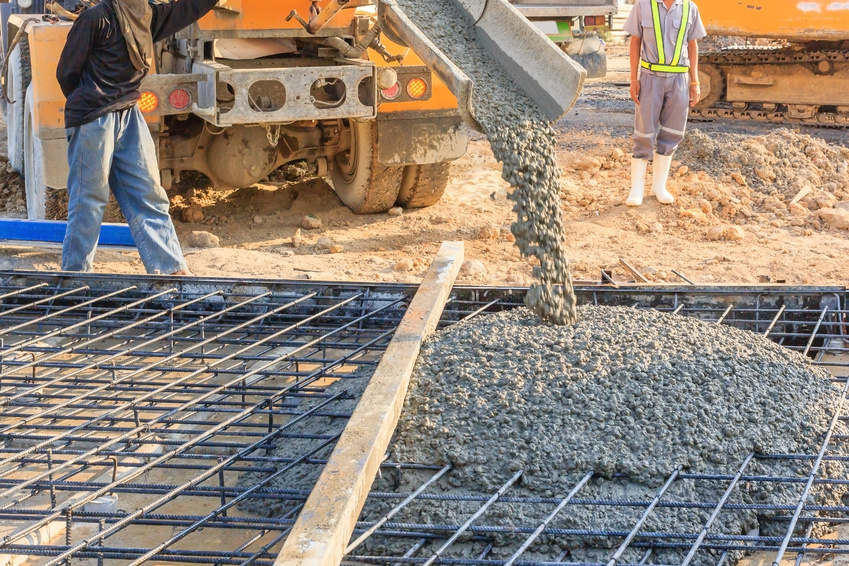 Since concrete is one of the most versatile and conventional materials used across the world, the issues related to it need to be reviewed seriously and appropriate solutions must be worked out for it. Its appealing features such as strength, durability, resistance to fire, ease of use, low maintenance, portability to be cast into any shape makes it more versatile than any other building material and can be used to construct structures of any size, from small components to large unimaginable massive buildings.

How concrete sets and cures

The key ingredients needed to make concrete are cement, fine aggregate, coarse aggregate, and water. Other addons or admixtures are also used to enhance any specific property of concrete mix. In the process of a structure being constructed, the concrete is first prepared with the prescribed materials in proper proportions as per the suitability of the structure after which placing of concrete and simultaneously compaction is done to eliminate any air spaces in it. 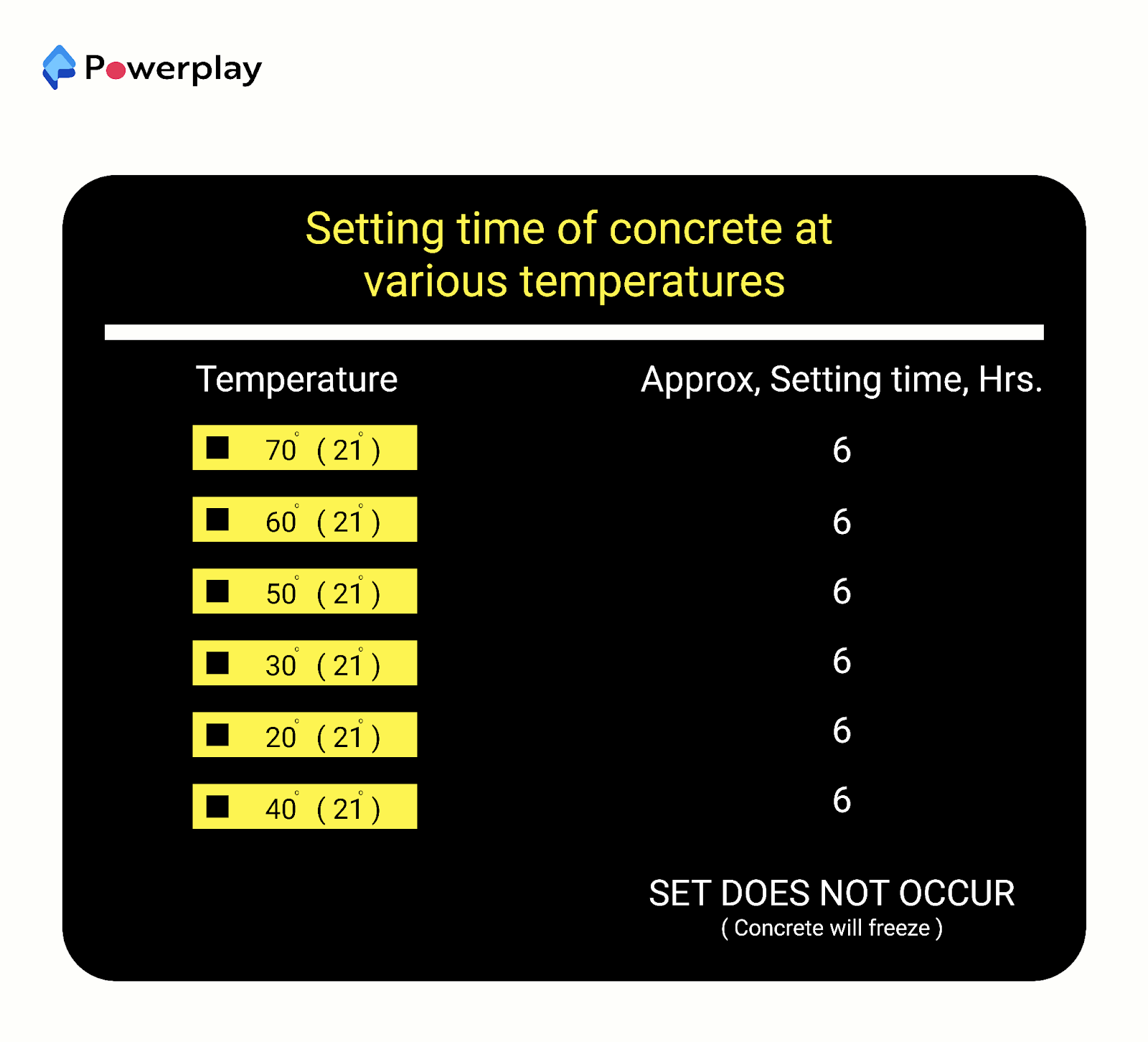 The concrete is then cured for a stipulated time to gain its maximum strength as per the grade of concrete. This entire process of mixing, pouring or placing of concrete and curing is delicately dependent on time due to the time limitation associated with the hardening or setting of concrete mix, more specifically, the curing of concrete. 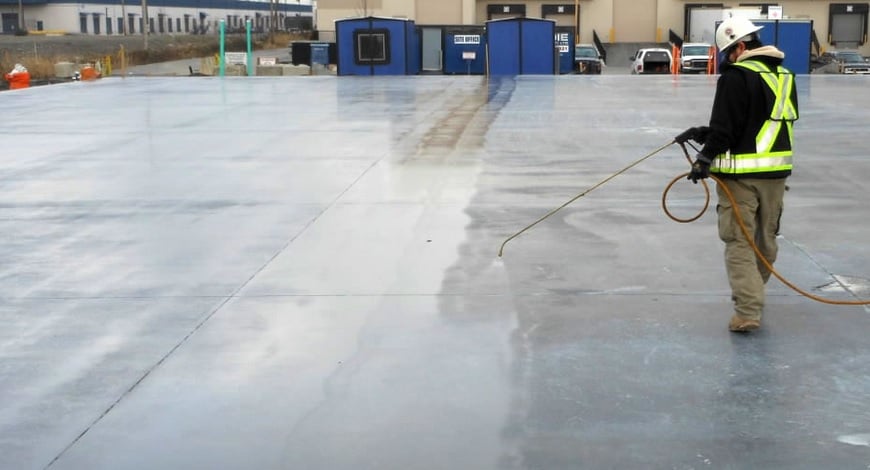 The initial setting time for a concrete mix is more than 30 minutes and the final setting time of the concrete is less than 600 minutes. The curing of concrete should only be done after a minimum of 4 hours to avoid bleeding and allow concrete enough time to harden.

How Weather Affects Placing of Concrete 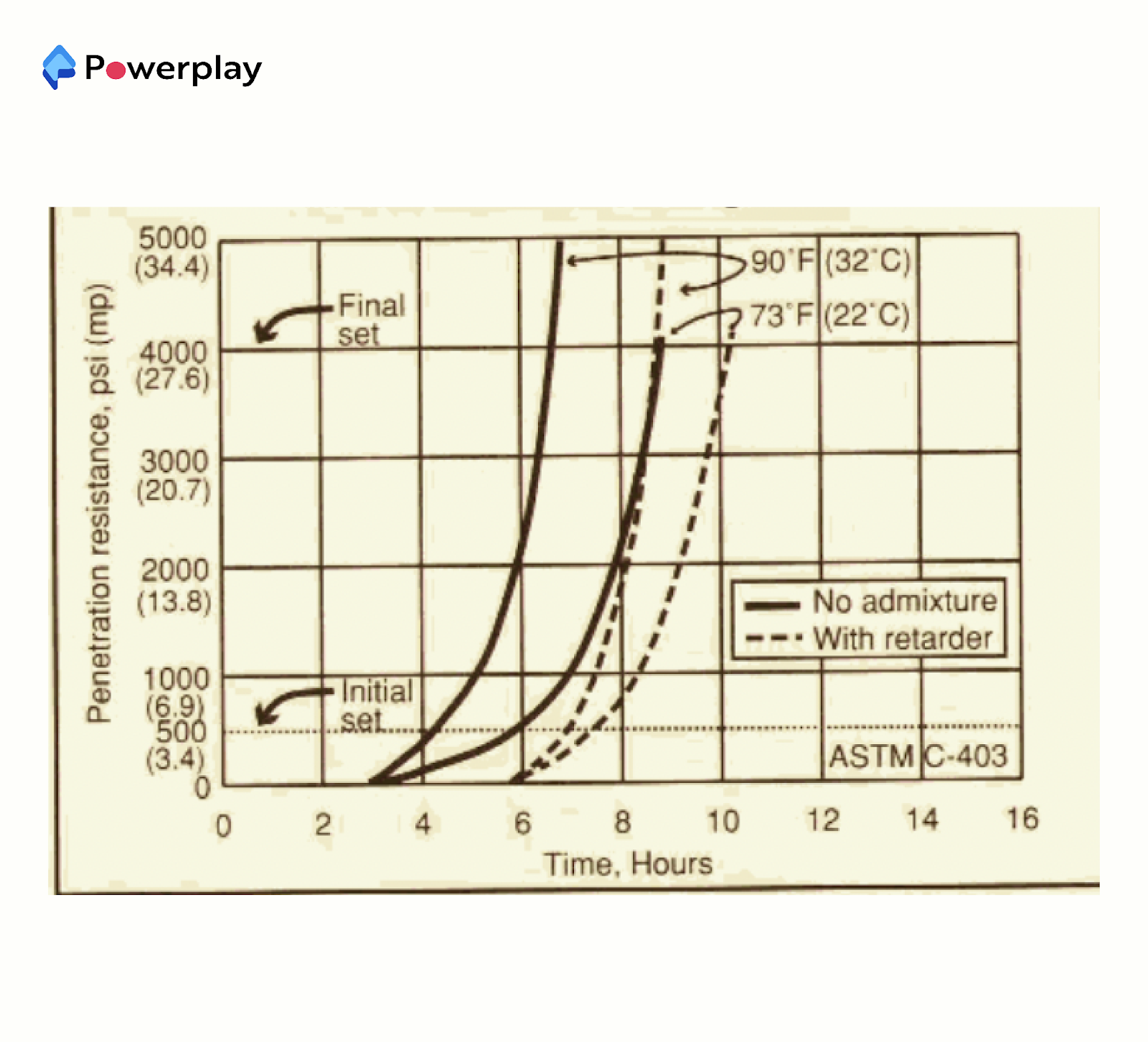 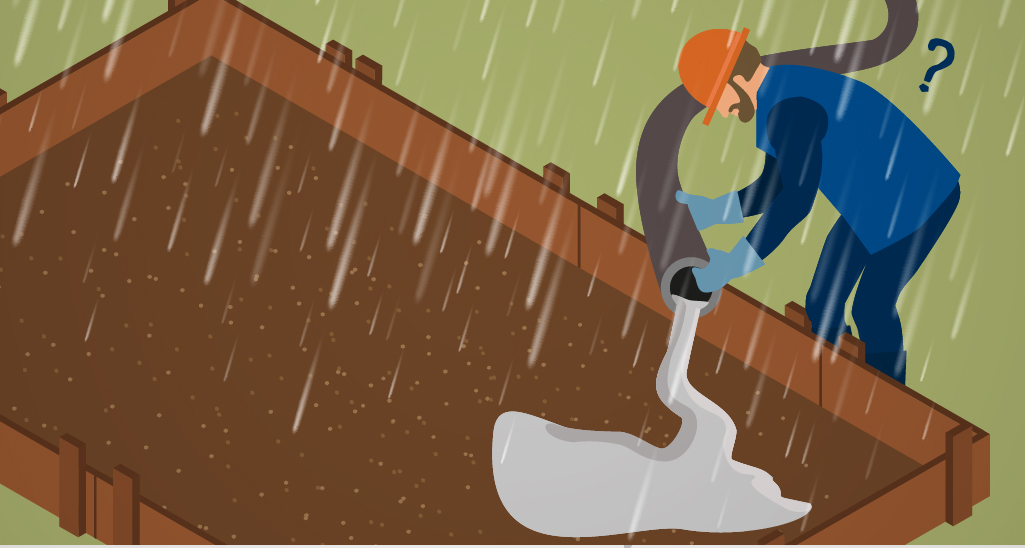 Not only temperature but weather conditions related to excess water due to rain storms also hamper the final strength of concrete. In fact, excess water may often cause more severe problems than other weather conditions. Too much water in concrete mix severs the chemical bonds which are responsible for the strength of concrete. This excess water increases the porosity of the concrete mix which in turn will affect the color of the set concrete, finish applied to the surface and in extreme conditions decreased concrete strength. 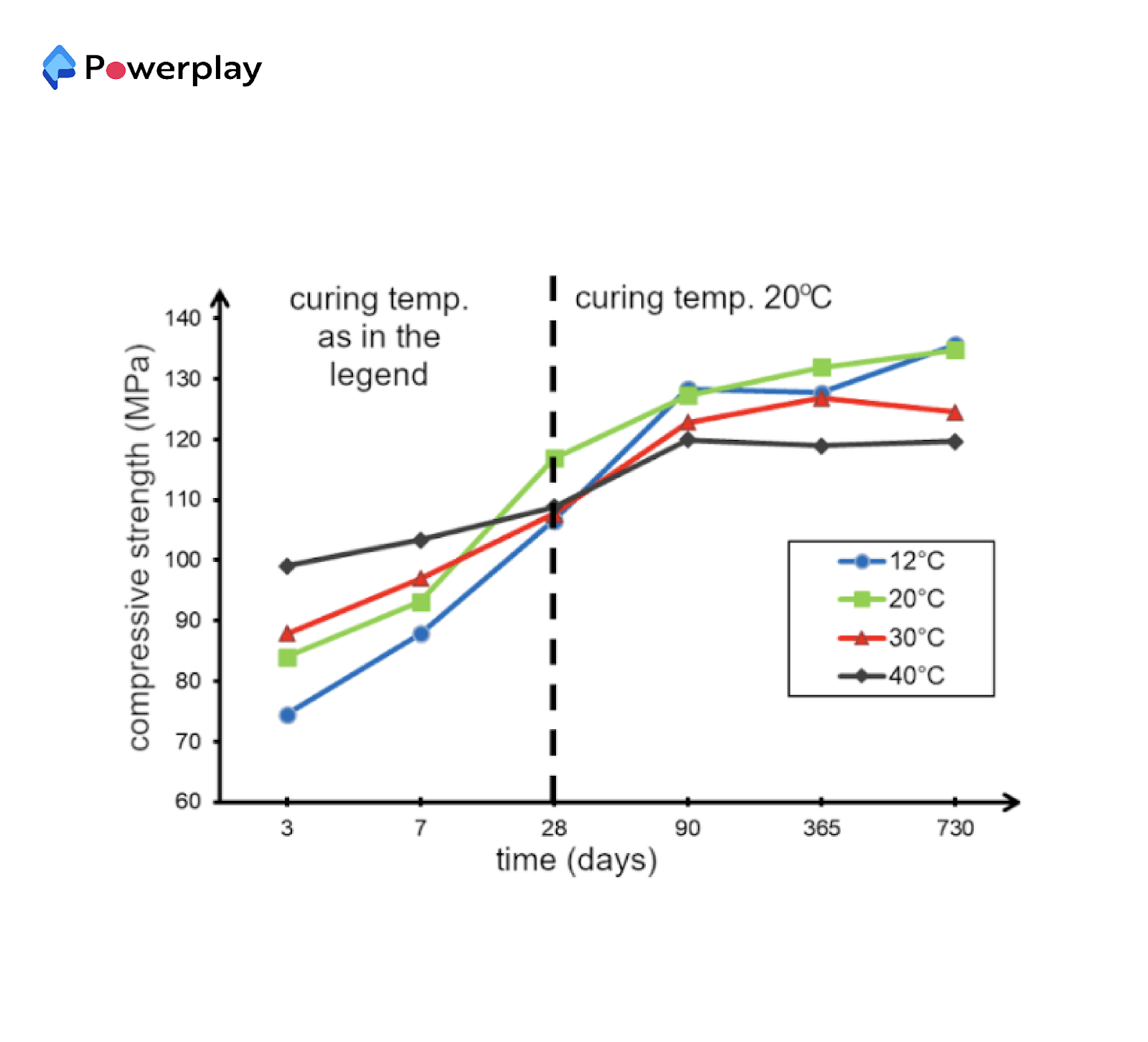 After the curing process is complete, too much water can make the concrete prone to shrinkage and cracks, especially in cold weather due to the freezing and thawing cycles, which will result in the concrete being weak.

a. Avoid placing the concrete mix on frozen surfaces that can result in the cracking of concrete. When fresh concrete is placed on the frozen surface the layer closest to this surface cures slowly as compared to the layer towards the opposite surface which means that the top of the concrete slab will set whereas the bottom will remain soft and concrete with different temperature gradient do not develop adequate strength which may lead to cracking or crumbling of the structure. 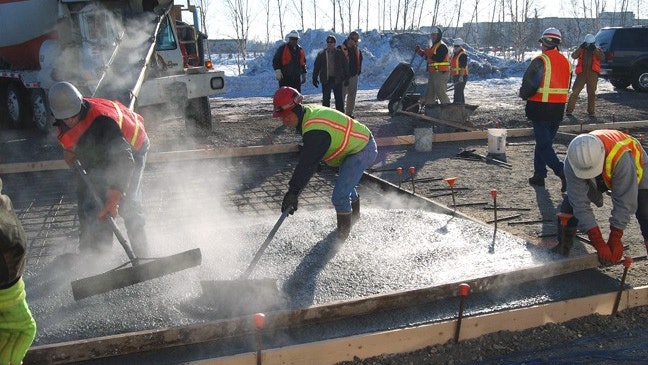 b. Avoid freezing of concrete to allow adequate curing of concrete so that proper compressive strength is attained by the setting mix. Fresh concrete can freeze at 4oC, so it is important to keep the fresh concrete warm at a temperature of more than 10oC.

d. Curing blankets and portable heaters can deliver extra heat into the concreting surface and the concrete itself, to keep the concrete at an optimal curing temperature. After placing of concrete it should be kept from freezing for a minimum of 3 days so that there is no excess water left that can freeze and cause cracking and shrinking of the concrete. 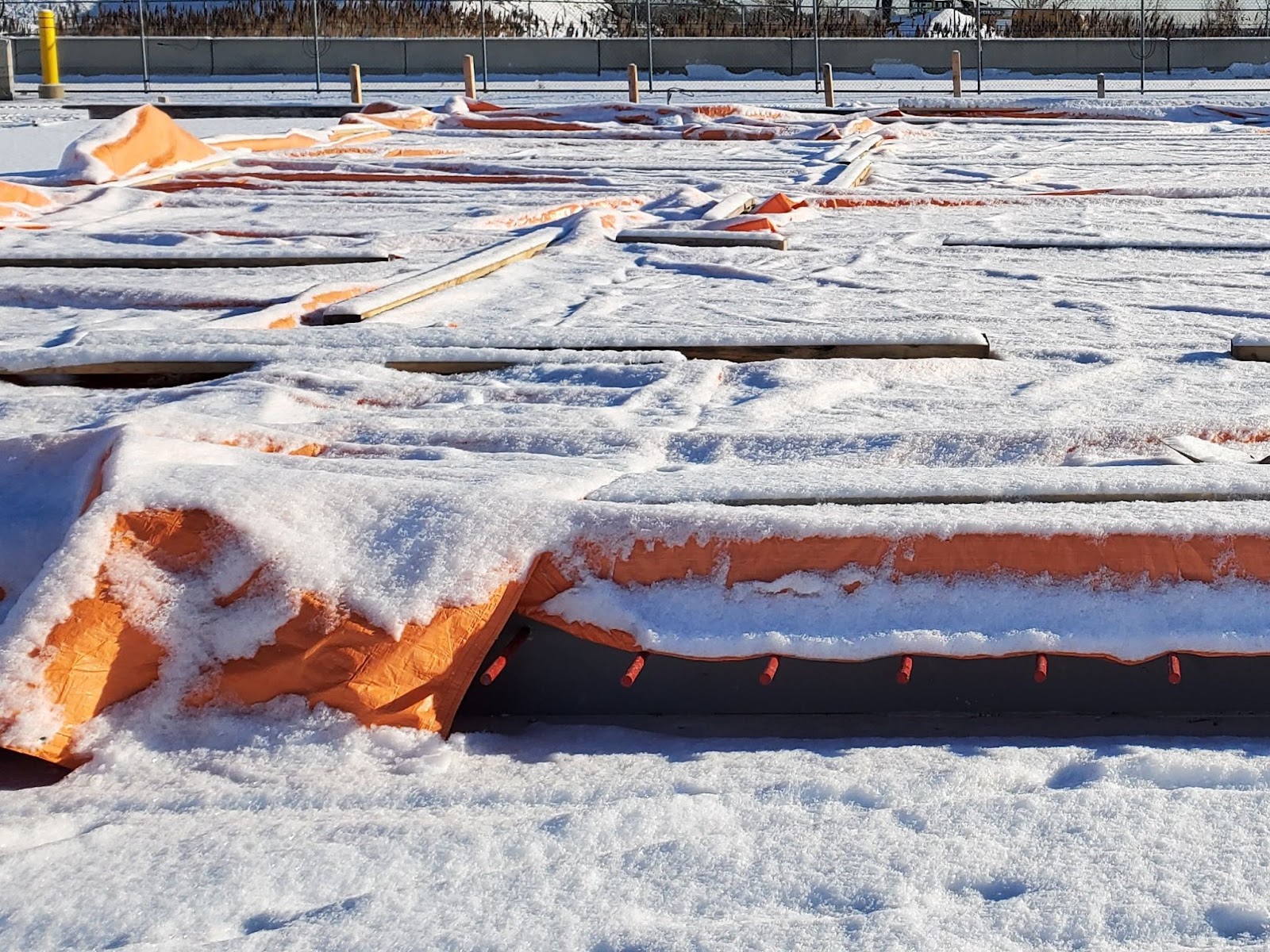 e. Placing of concrete should begin early in the morning so that the setting concrete can fully make use of the heat from daylight and the afternoon sun. It is wise to use natural warming agents as an aid in the curing process. Since the days become shorter in colder months, it only becomes more important to start early in the morning so that the project is not delayed. In any case, if there is no alternative, but to place concrete before or after daylight hours, curing blankets and portable heaters can be used.

f. Instead of using water as a curing agent in cold weather, waterproof concrete sealers can be used to make the concrete more resistant to weather conditions. Sealing of concrete should not be done if the temperature is below 10oC.

g. Real-time temperature sensors can be used in cold weather to ensure that optimal temperature is maintained during the curing process.

h. Concrete with a low slump value and less water to cement ratio can be used to account for the freezing weather by reducing bleeding of concrete and setting time which in turn provides less time for the water in the concrete mix to freeze.

i. Finishing of concrete must not be initiated until bleeding water is still present.

j. Use admixtures such as speed set, calcium chloride, etc to speed up the setting time of the concrete.

k. Heated enclosures can be set up for small structures but venting must be done outside to prevent carbonation.

l. In cold weather do not use de-icing salts on hardened concrete as they can corrode the surface which in turn allow water to permeate, freeze, and in the worst-case develop cracks.

a. The amount of water used in the concrete mix can be reduced to compensate for the excess water entering the mix due to increased humidity in the air that makes the fine and coarse aggregates wetter. Admixtures can also be used to reduce or control the effect of the excess water.

b. Use hydrophilic crystalline admixtures that allow the concrete to resist infiltration of water under hydrostatic pressure. The admixture reacts with water and cement to form crystals of calcium silicate that block pores and microcracks in hardened concrete which avoids cracking of concrete. The initial shrinkage cracks along with the cracks occurring over time are blocked by these crystals which are formed throughout the life of the concrete.

c. Make use of meteorological forecasts to schedule pouring of concrete operations during the dry patches to avoid delay. Placing of concrete should only be done when the weather conditions are forecasted to not be awfully wet or windy for approximately 10 hours.

d. Counter heavy winds with construction nets to minimize the effects of the wind during placing of concrete and may otherwise cause bleeding leading to shrinkage cracks.

e. Ready-mix concrete(RMC) trucks must be provided with the best accessible routes during the planning stage itself to avoid delays in the transportation of concrete due to traffic jams that can otherwise make the concrete mix unworkable. Also, rainwater may enter the concrete mix through openings in case of a delay which can damage the concrete mix and make it useless.

f. Covers should also be provisioned during the planning stage itself to keep the placing of concrete operations free from the hackles of rain. Plastic tarpaulins and rainproof covers can be prepared in advance to protect the freshly laid concrete and especially the corners and the edges. The sand and aggregates on site can also be protected from the rain using these covers. 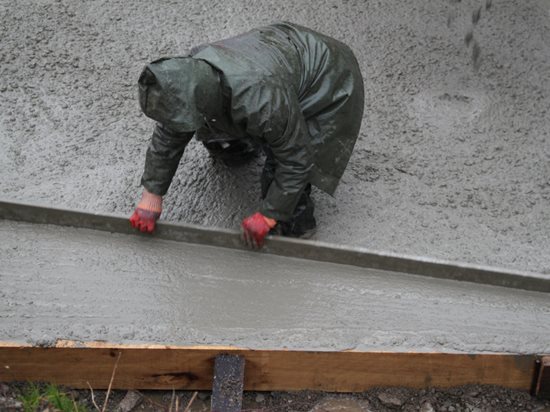 g. Rapid repair processes should be initiated and completed once the rain stops, in case any damage is done to the concrete by the rain. The relative surface scratch hardness of a thick concreted area can be tested by conducting a comparison of the area in question with the sections that are in a good condition. 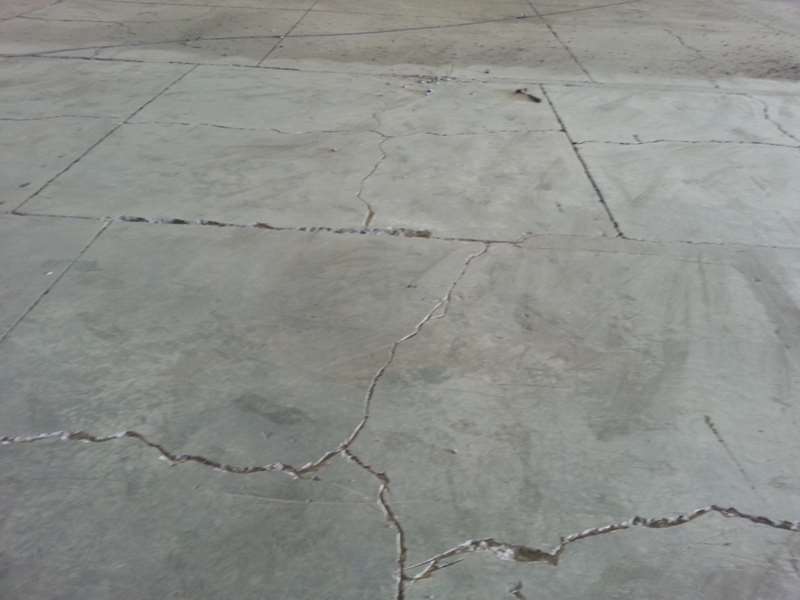 In case any surface quality issue is encountered, minor repair works should be initiated immediately once the rain stops. But if lots of small areas of a thin slab are damaged then it is advisable to remove and replace the entire slab. 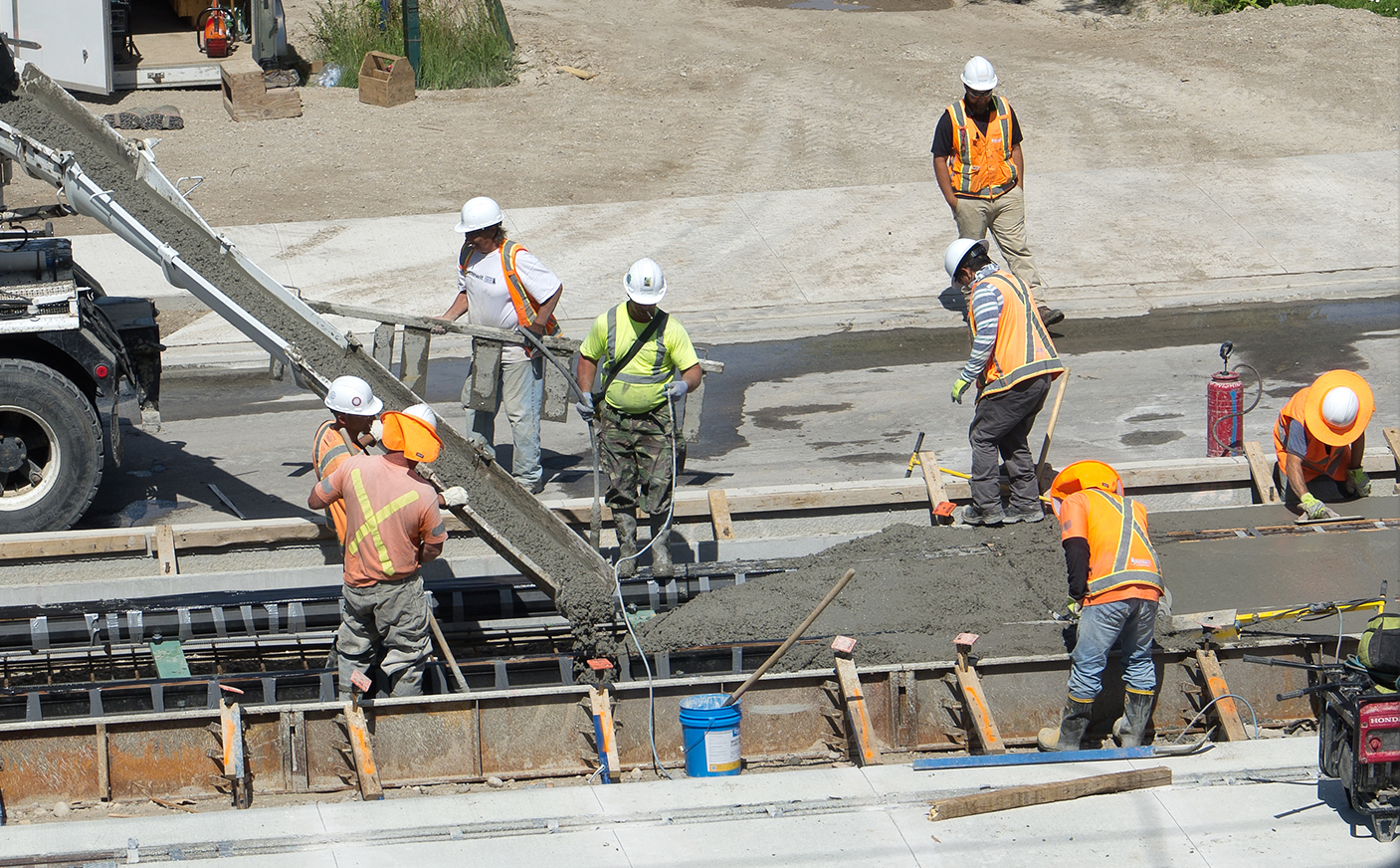 a. Strictly avoid placing of concrete in the afternoon, if possible because the setting time of concrete is greatly reduced which may not allow the concrete to develop its maximum strength. 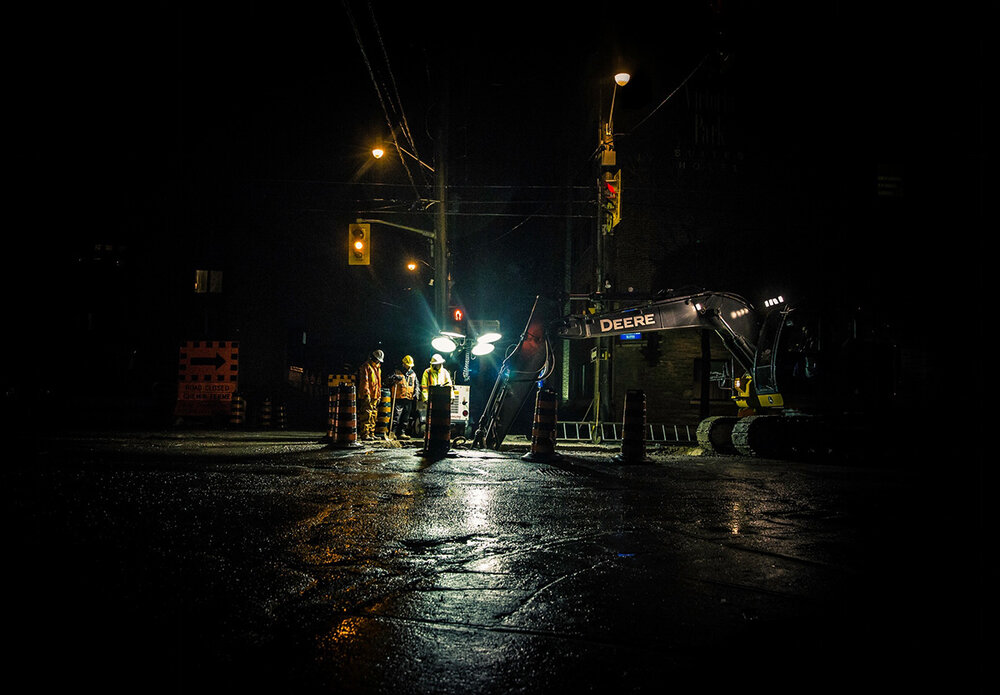 b. To protect the concrete mix from harsh weather conditions sunshades and wind shades can be employed.

c. Use larger-sized aggregates and in greater quantities to minimize the probability of shrinkage of concrete caused due to environmental conditions. This only needs to be done when hotter weather or higher temperature is forecasted to occur during the placing of concrete.

e. Sufficient manpower must be provided to manage and finish the concrete which is setting at a higher pace due to the hot weather conditions.

f. Schedule placing of concrete for indoor slabs only after the walls and roof have been constructed.

g. Control joints must be placed at smaller intervals in hot weather as compared to cold weather conditions and these joints must be properly placed after consulting with an engineer or designer to augment and implement an effective plan for spacing out these joints.

h. An evaporation retarding tool can be made available on-site in case of scorching conditions when the water evaporates rapidly because water is necessary for the hydration reaction in concrete which is responsible for its strength.

i. Once the water has been added to the mix, mixing must be done as quickly as possible because hot weather accelerates the hydration process which thereby quickens the hardening of concrete.

j. Batching and mixing must be preferably be done on-site to avoid quicker setting of the concrete mix in hot weather conditions.

k. Cooling agents like ice and liquid nitrogen can be used to cool the concrete and slow down the setting process and dampen the surface before placing of concrete.

l. Unless it is prescribed in the design manual, water should not be added to the premixed concrete because excess water may lead to lower strength, reduced durability, shrinkage cracking and many other surface deformities.

Managing Construction Site Waste can be an uphill task for any project manager or contractor. So to streamline and make the construction waste management process more efficient on a construction site several project management tools, specially designed for handling this kind of complicated management process can be used. Powerplay application is quite efficient in managing the distinct processes on a construction site during and after the completion of a project. It is the first of its kind in the country that can manage all construction processes involved in all construction sites. It is very easy to record, update and analyze the construction site information regularly for anybody on-site through this application. Proper updates from the workers on site about these waste disposal issues and, reuse and recycling methods can be used to notify the respective authority automatically. All work that is in process and that which has been accomplished can be seen on a simplified feedback screen. In short, Powerplay can be considered to be an allrounder in managing a construction project right from its initiation to its completion.