Columns and its types in Civil Engineering
Did you find this article useful? Digitize your business through Powerplay in 15 minRequest Demo
On March 16, 2022 By Kumar Abhishek Anand

Columns in civil engineering can be defined as vertical structural elements that act as supports and primarily support axial compressive loads. They are slender members designed as a support to hold the ceiling and roof, and the weight acting on them. The load acting on the structure is transmitted to the foundation through these supports. 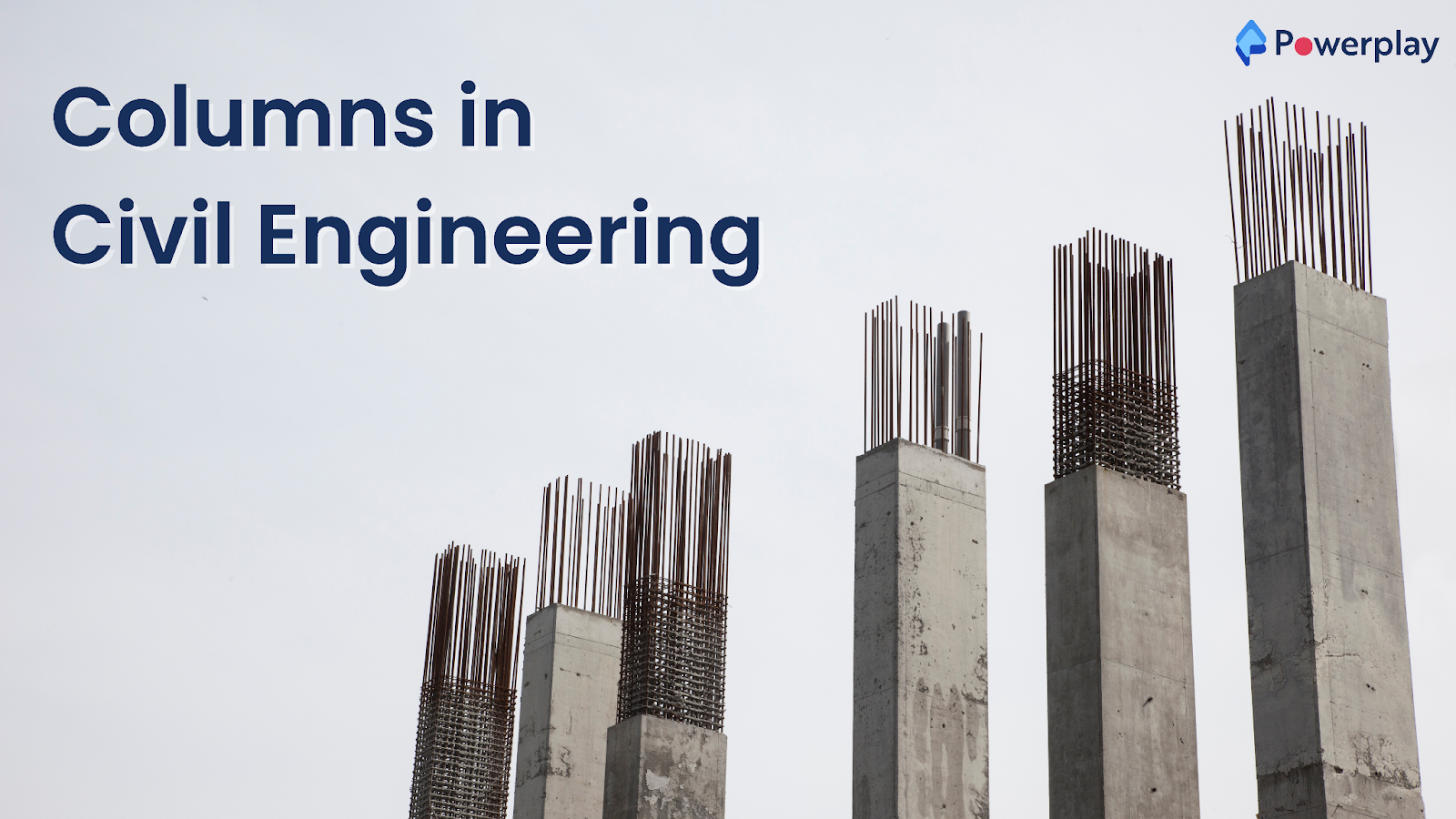 Columns can be classified based on different parameters such as shape, type of loading, slenderness ratio, materials used, type of reinforcement used, etc. To explain every type of column, the following classification has been done based on these parameters: 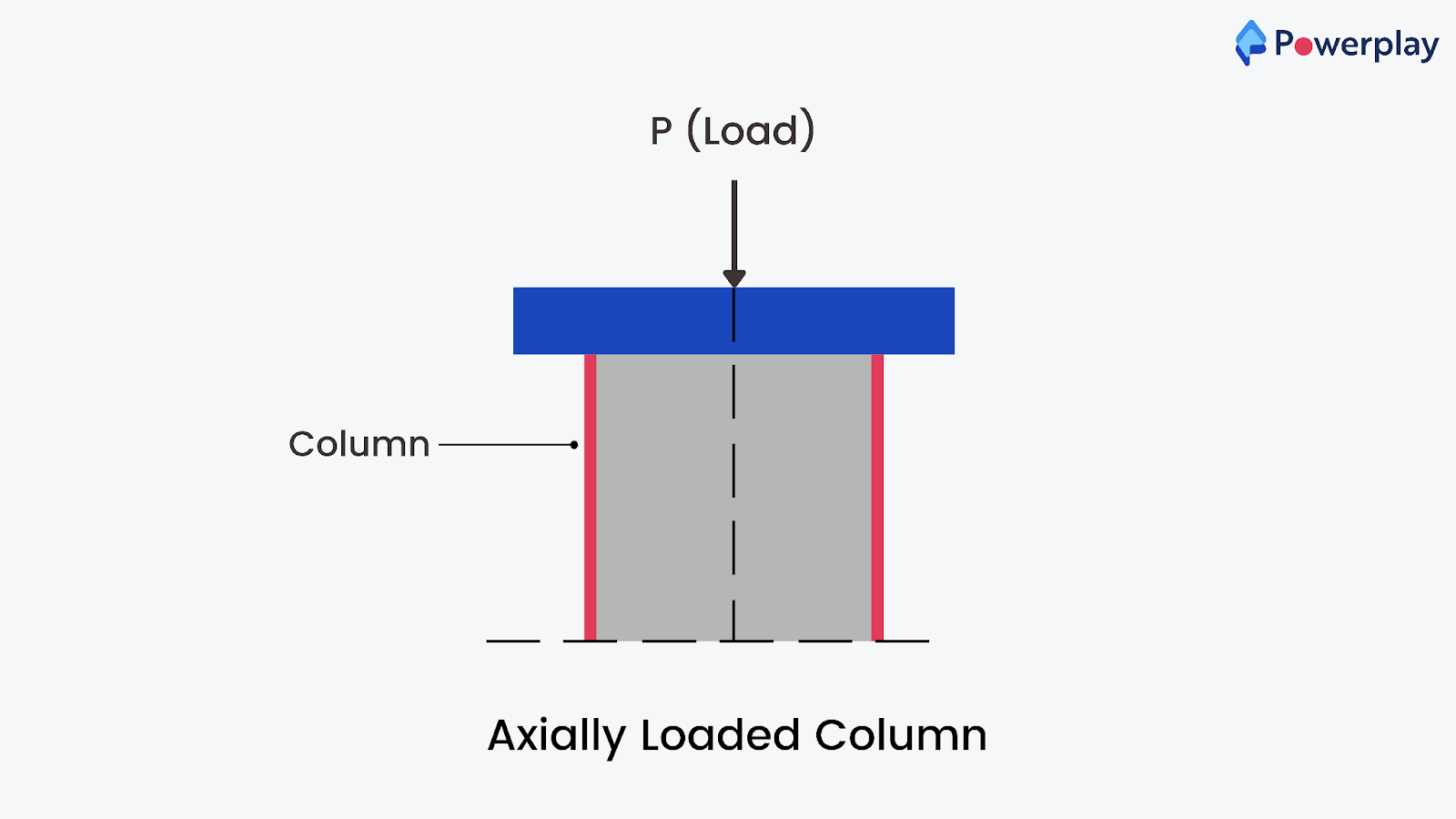 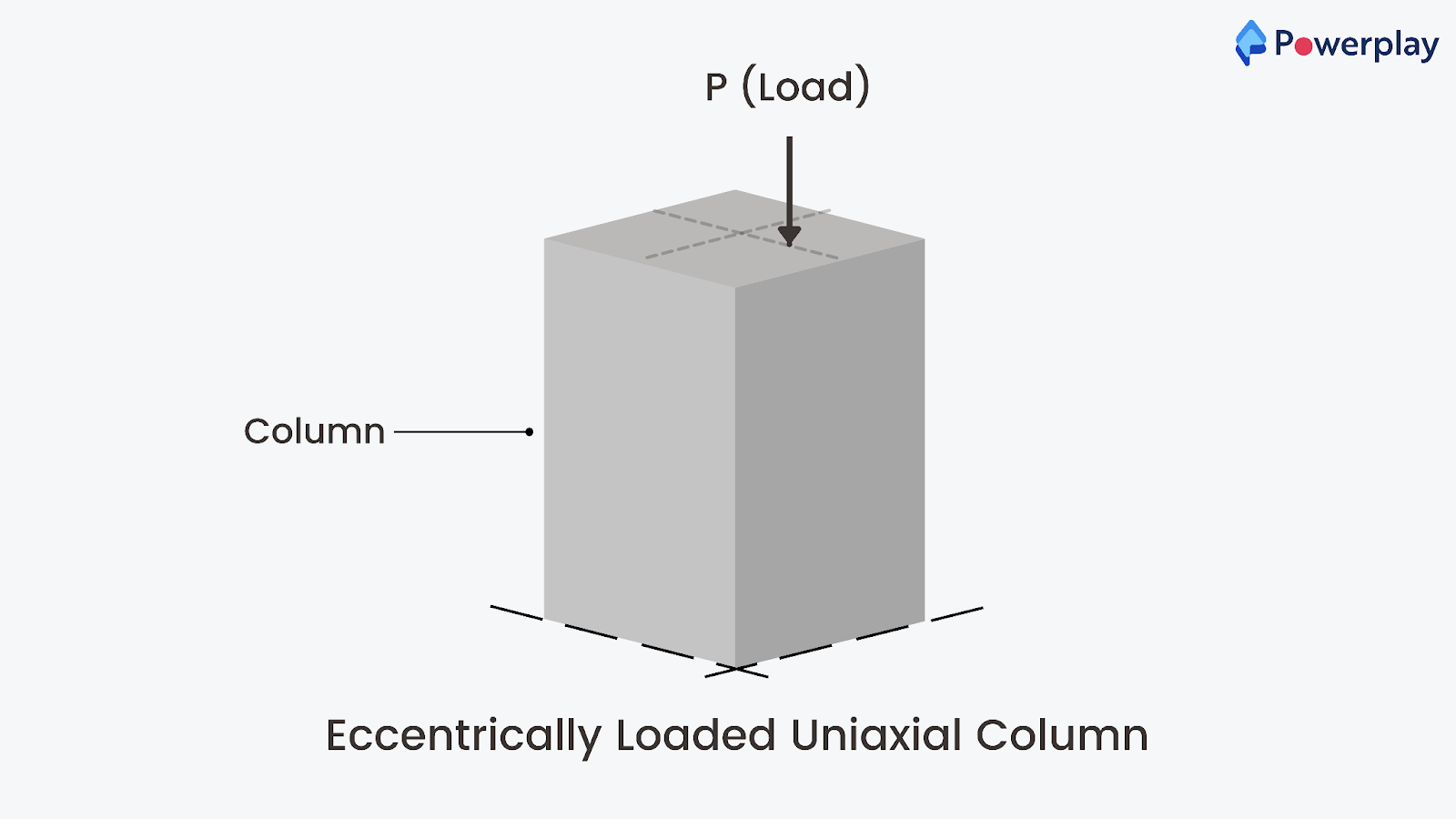 These types of columns are usually rigidly connected to beams from only one side such as edge columns. The loads acting on the columns also cause moments either about the X or Y-axis.

When the vertical compressive load acts on a point that does not act on the centroid of the column's cross-section or on either of the X or Y axes, then the column is called eccentrically loaded biaxial column. 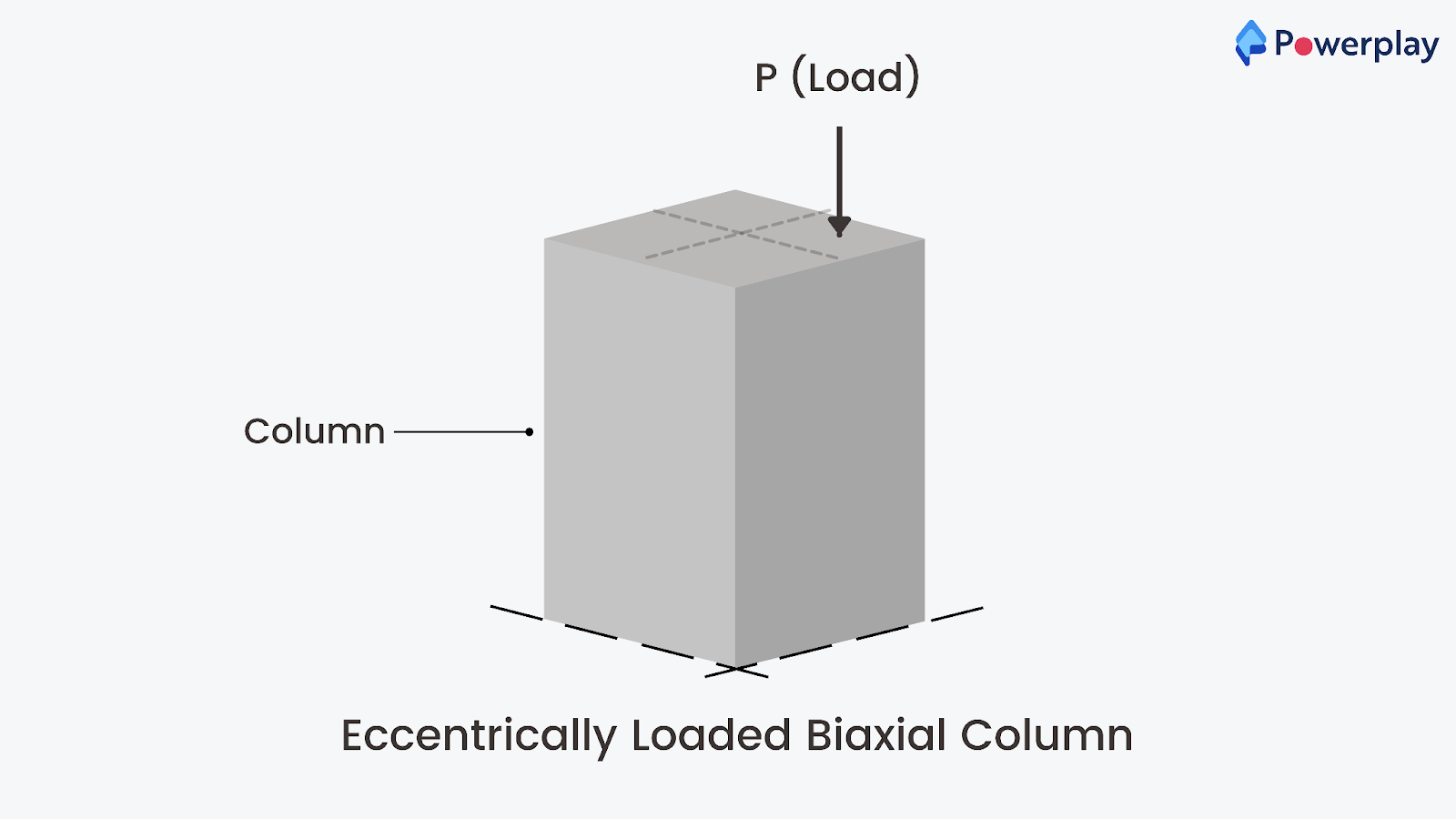 These columns are usually used as corner columns that are rigidly connected at right angles to beams. The loads acting on the column cause moments about both the X and Y axes simultaneously.

Based on Slenderness Ratio

The slenderness ratio can be defined as the ratio of the effective length of the column to its least lateral dimension. For short reinforced columns, the slenderness ratio is less than 12 but is reinforced with steel bars. Therefore it can either fail due to crushing of concrete or yielding of reinforcement. The load-bearing capacity of these columns depends on their dimension and they also show some flexibility.

Pedestals are short compression members which have their height less than three times their least lateral dimensions. These types of columns do not require reinforcement in general and are usually made using plain reinforced concrete.

Pedestals can also be conditioned as those who have a slenderness ratio of less than 12 and those who fail purely under compression.

Based on Column Ties 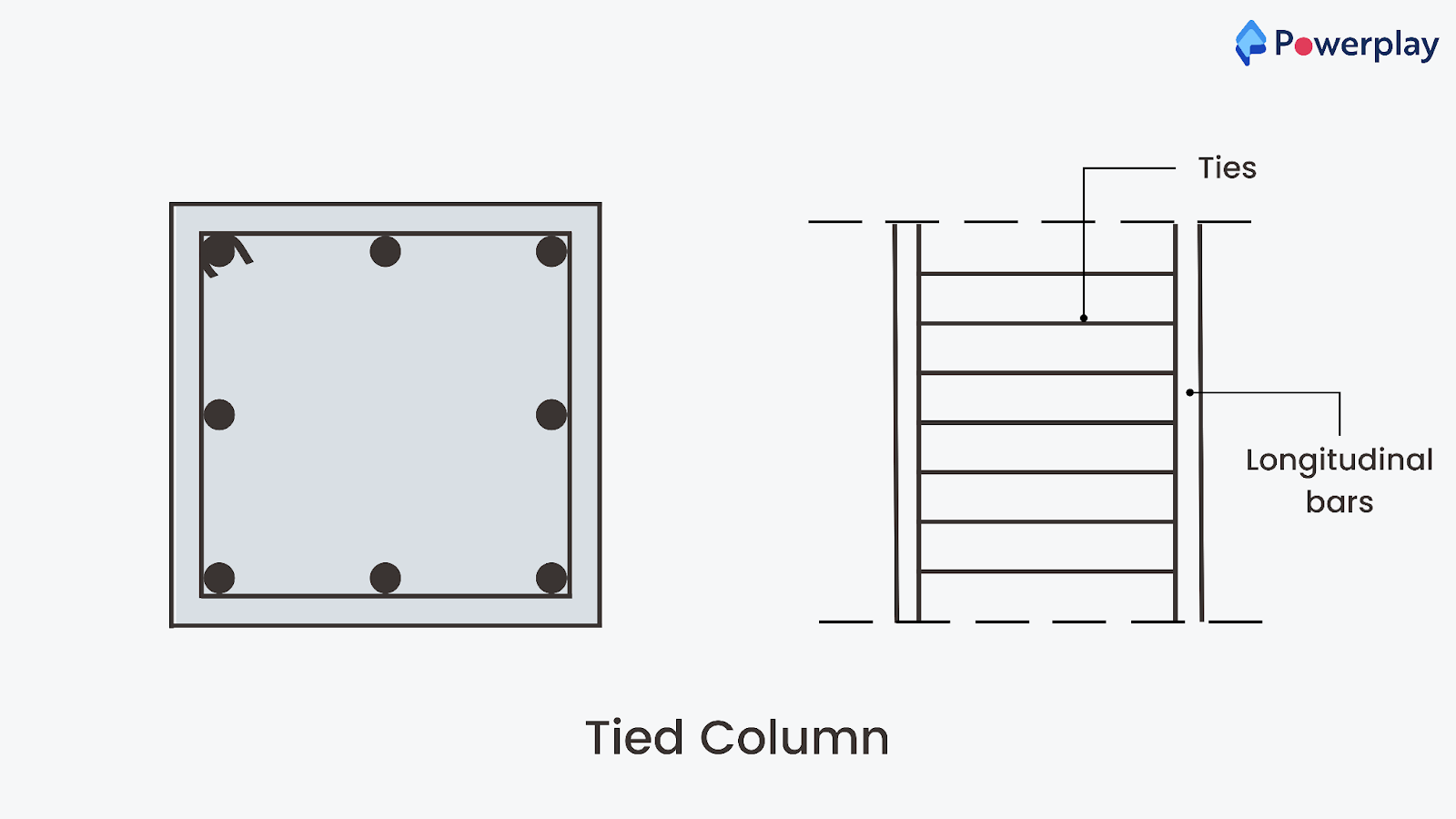 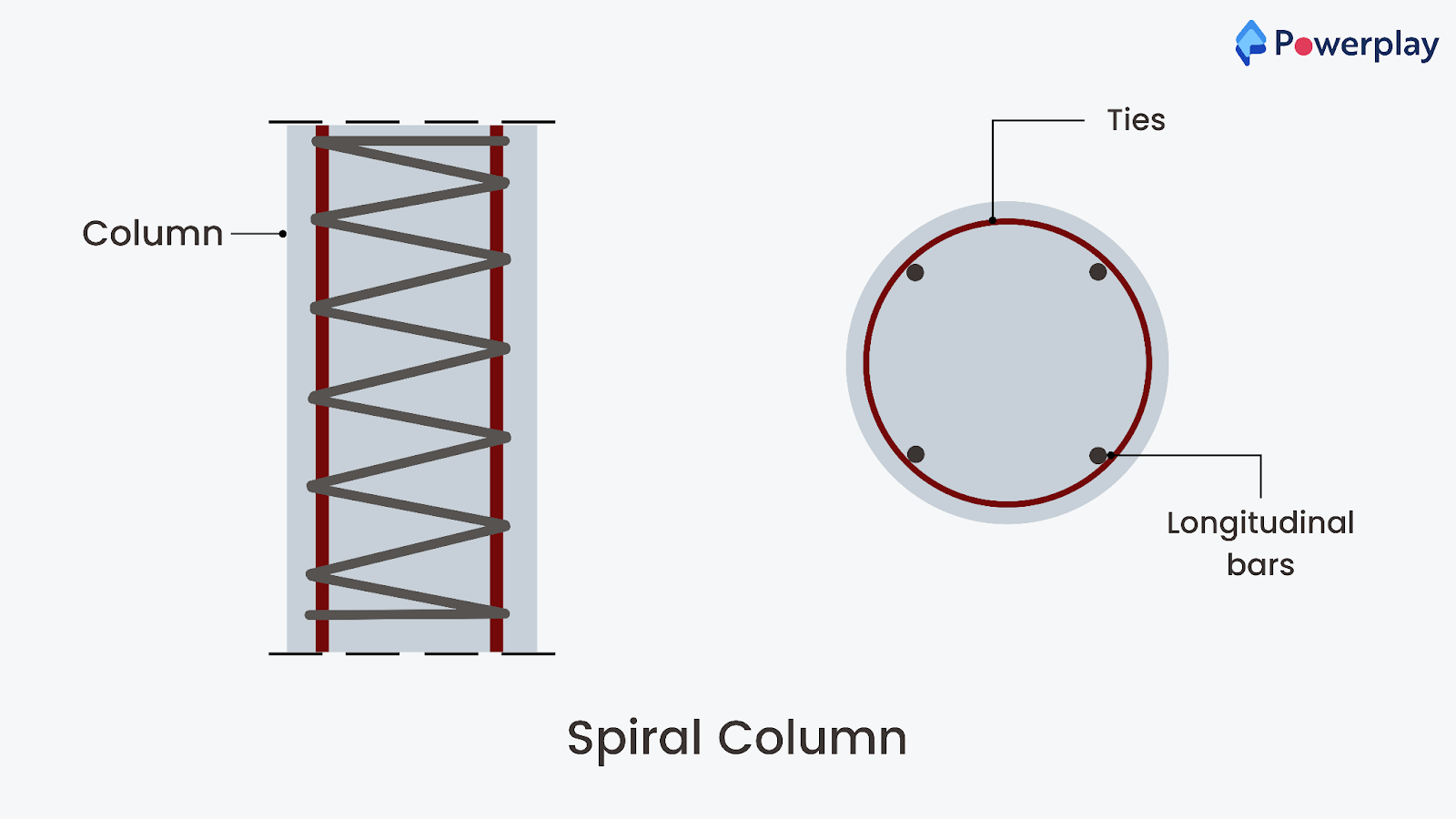 Spiral columns are constructed when there is a need for high strength or high ductility or both. The reason is that the spiral ties used in these columns assist in resisting the lateral expansion of the longitudinal column bars under high axial compressive loads. These columns are especially used in seismic regions.

L-shaped columns are usually used in corners of framed structures and are not so frequently used in building structures. These columns can be used in places that require adequate resistance to both axial compressive loads and biaxial bending of corners.

V-shaped columns are in trapezoidal-shaped structures and comparatively require more material than other column types.

T-shaped columns are also not commonly used and can be used in bridge pillars as per the design needs.

Geo-matric columns can be of any geometric shape, that is used based on the design or aesthetic requirements. These columns can be usually shaped in the form of circles, rectangles, squares, octagons, or hexagons depending on the structural requirements.

Usually, all columns that include ties are in the shape of a rectangle or square whereas spiral columns are circular in shape. Circular columns are generally provided for high elevation structures such as piles and bridge pillars. Also, aesthetically, circular columns have a smoother finish than other types of columns.

Rectangular columns on the other hand are generally constructed for residential or commercial buildings and are comparatively cheaper and easier to construct.

Based on Frame Bracing

Columns can also be installed in frames as braced or unbraced against sideways loading. Bracing usually means providing stability to structures, especially against lateral loads and can be provided using shear walls or typical bracings in the building structure. 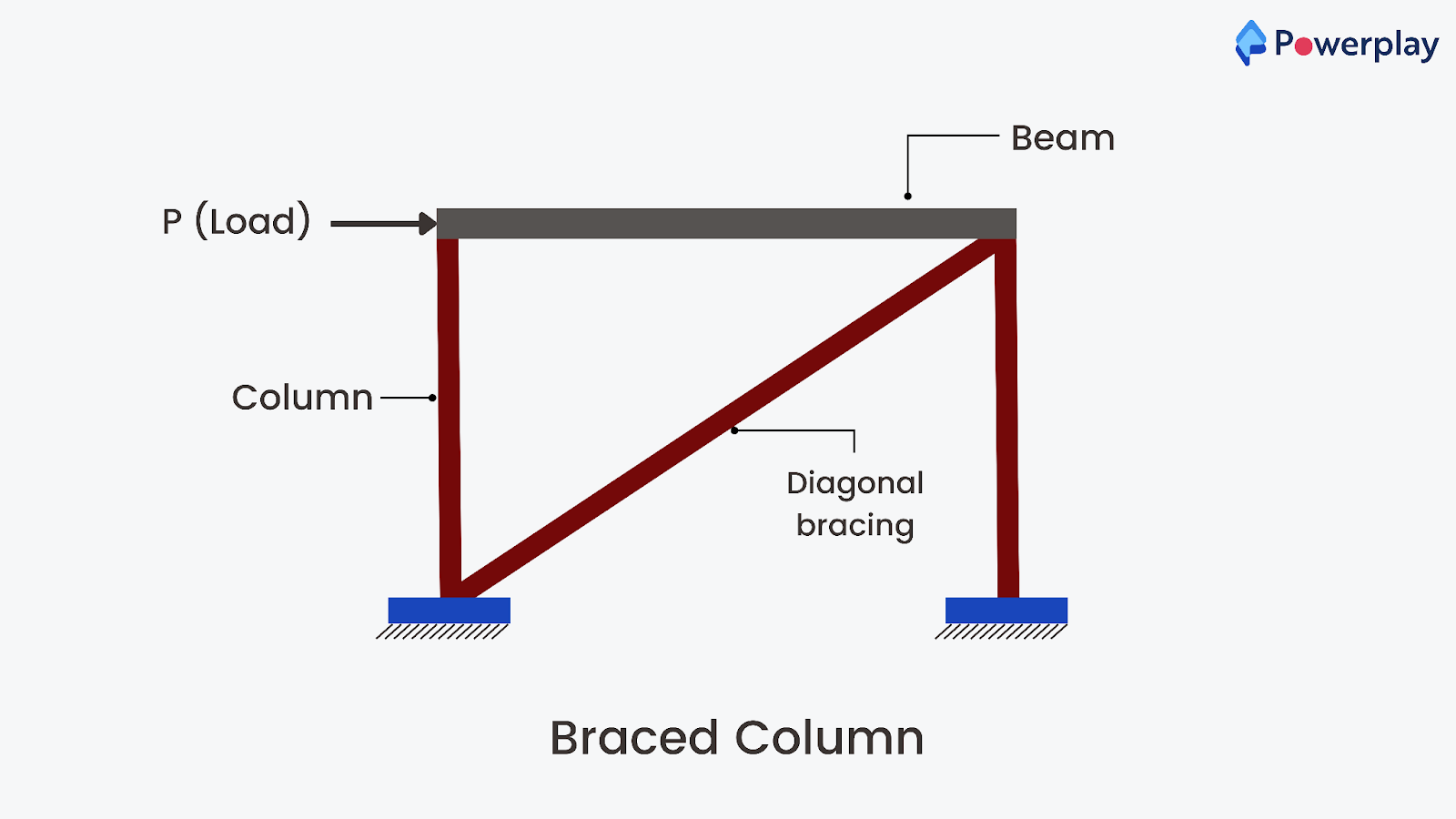 Unbraced columns do not have supports provided in them to resist lateral loads and thus only resist gravity loads.

One of the most commonly used columns in the construction industry for framed structures, reinforced concrete columns are composed of reinforcement(mostly steel) in a concrete matrix. 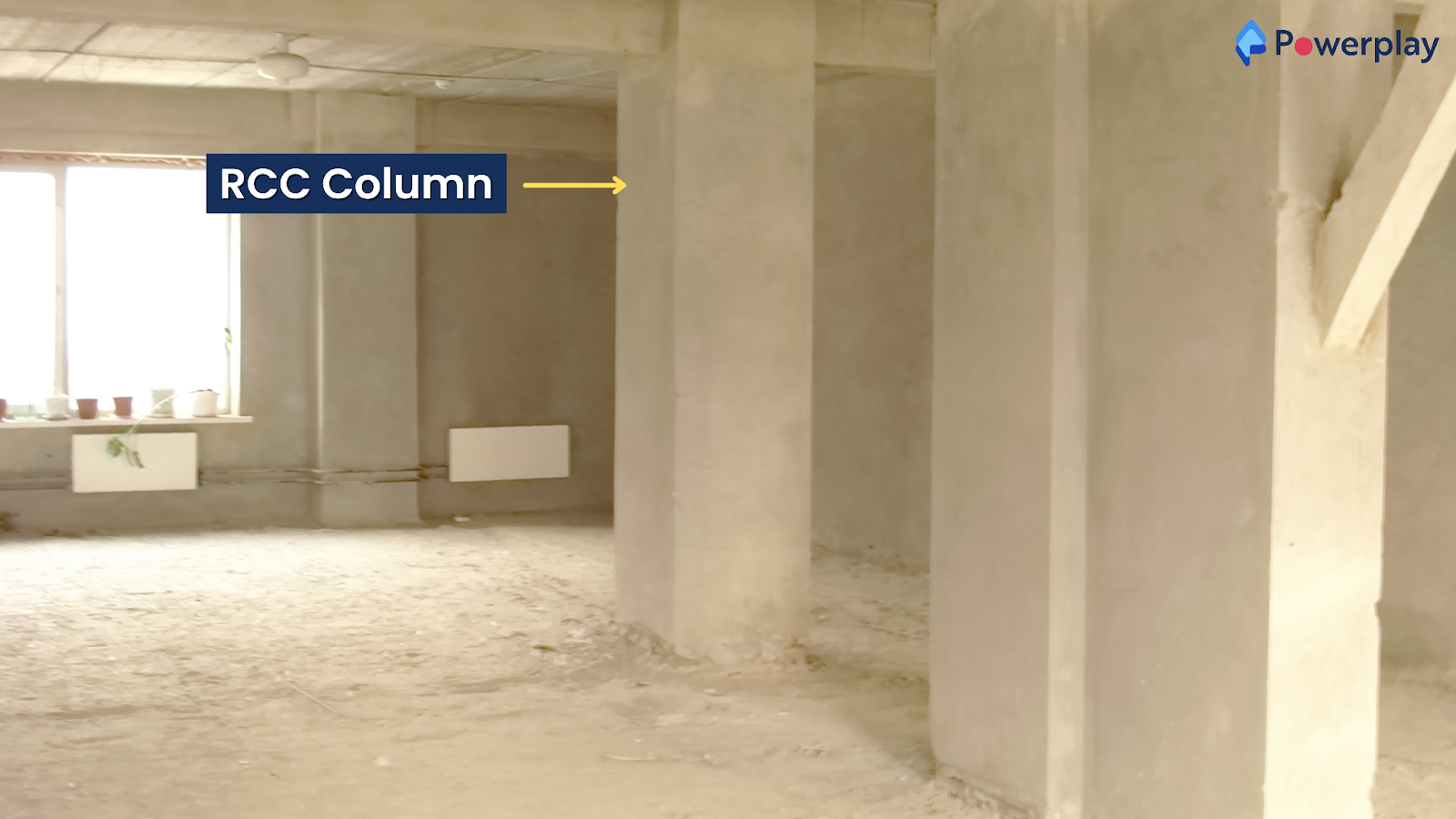 The concrete is responsible for bearing the compressive loads and the steel reinforcement bears the tensile loads. The reinforcement can also be made of other materials apart from steel such as polymers or composite materials.

The reinforcing material should have adequate strength, ductility and durability for construction purposes. Therefore, the reinforcement must have fundamental properties such as good bonding with concrete, high tensile resistance, high thermal resistance, anti-corrosive potential, etc. 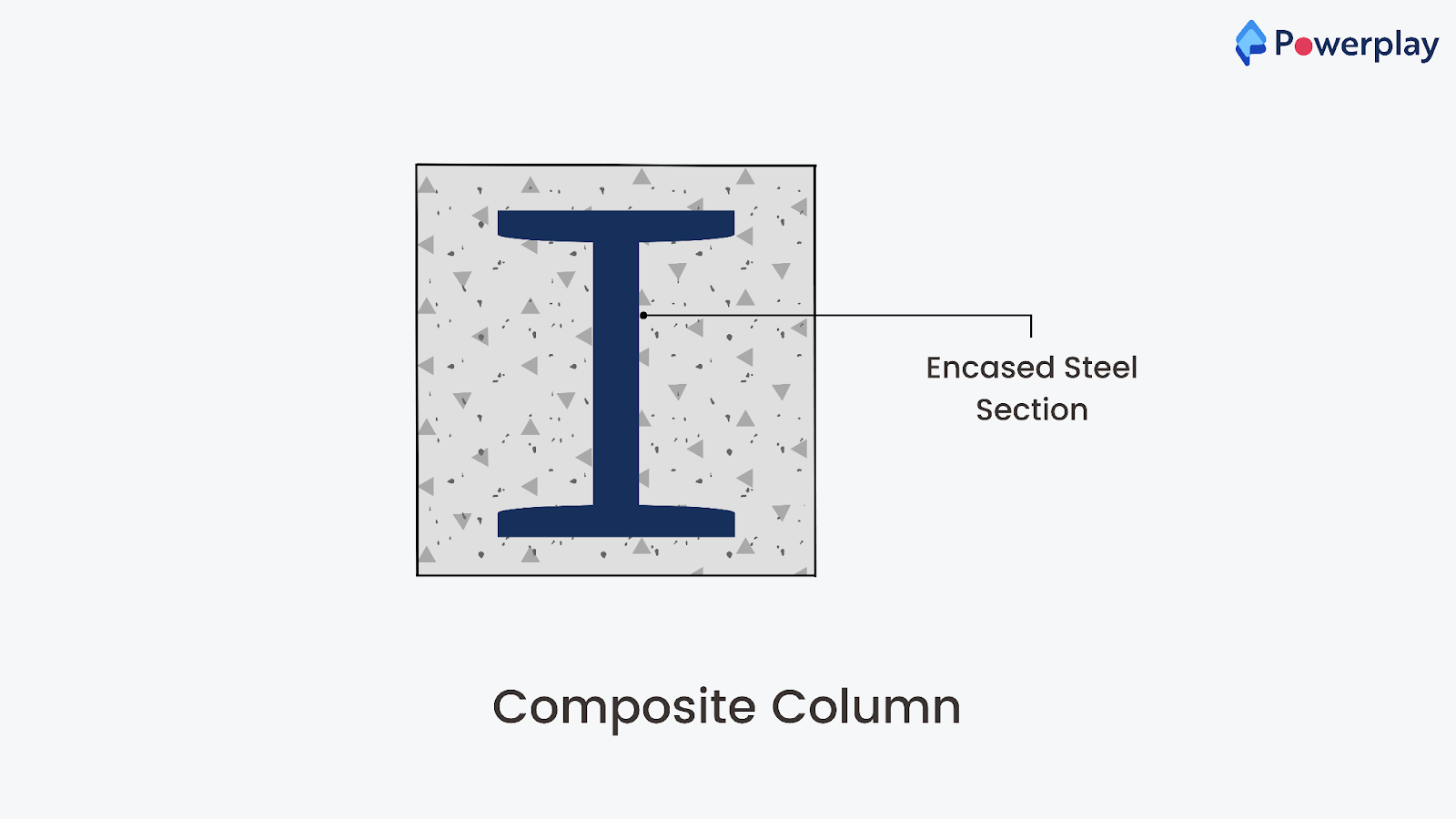 Composite columns have very high fire and corrosion resistance too.

Steel columns are completely made of steel and are especially used in the construction of aircraft manufacturing warehouses, indoor shipyards, etc. Timber columns are made of wood, so they provide a quite aesthetic appearance giving the feel of open space. Columns made of wood are generally used for reception areas, refurbishment operations and housebuilders.

Brick columns are usually built for masonry structures that can also be reinforced with concrete to increase the strength of the structure. Brick columns can be used to create different column shapes such as circular, rectangular, square or elliptical.

Prestressed columns can be considered as an upgraded version of reinforced concrete columns that have been pre-tensioned in advance to increase the strength and bending moment capacity of the column.

These columns are usually installed when bending moments due to wind force, earthwork, eccentric loading and frame action are acting on columns.

Ancient style columns can specifically be taken as a reference from Greek and Roman history. They mainly used four types of columns that were Doric, Ionic, Tuscan and Corinthian.